Former LWT head of entertainment Alan Boyd has paid tribute to Cilla Black’s unique “common instinct” with the public and her meticulous planning on Surprise Surprise and Blind Date. 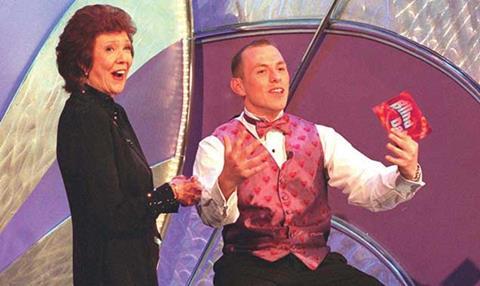 Boyd brought Black into LWT to pitch her Surprise Surprise having seen her on BBC1’s talk show Wogan after a period out of the limelight. He described the singer and presenter as a rare talent and a “dream” collaborator.

“Cilla was a natural leader who understood that though she was in charge, the people were the stars,” he told Broadcast. “She was their mentor, their guiding light and their catalyst.”

Boyd recalled how Black handled the complex logistics of introducing and teasing items on Surprise Surprise without spoiling any twists in the stories she was about to present.

“She was very detailed and would sit down and go through the mechanism of what she was about to present,” he said.

“That was the professional side – when on screen, you saw no mistakes but she was completely at ease. Beyond opening links, she’d barely look at the autocue – and was as surprised as anyone by what people said and, on Blind Date, which person they chose,” she said. “She barely needed editing; you were just editing out the laughs, which was always sad.”

It was Black’s idea for Surprise Surprise to be live, which was rare at that time on ITV. Thanks to her camaraderie with the public, this initially proved a headache for Boyd and the show’s producers.

“We’d be screaming in her ear about changing the running order live on air,” he recalled. “We’d be trying to wind up the conversation and there she’d be going off for a chat. Running out of time was a nightmare.” The show was pre-recorded from series two.

Boyd marvelled at Black’s transformation into a Saturday night staple of the 1980s and 1990s, though she reminded him constantly that she was a singer foremost; the Surprise Surprise theme and a running skit in which she played a ‘Cillagram’ were devised to play to these strengths.

“There were lots of singers in light entertainment, but very few people who could sit there live on TV and cope with anything – and the nation loved her for it.”