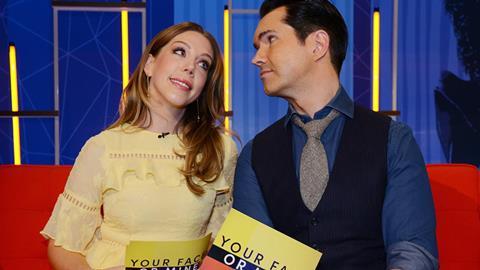 Talking TV: Your Face Or Mine & Jimmy McGovern's Broken

The Viacom-owned broadcaster has ordered 22 episodes of Talkback’s series, in which Katharine Ryan and Carr gently mock the looks of contestants.

Louise Holmes, director of programming for Comedy Central and MTV, joins host Peter White in the studio to talk about resurrecting the show, which originally launched on E4 in 2002.

The show follows the lives of a Liverpool community as seen through the eyes of a compassionate priest, played by Sean Bean.