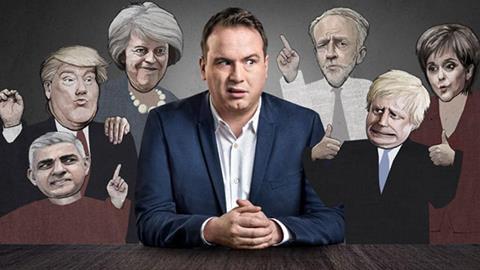 This week, Talking TV gets to grips with the election – from the leaders’ debates to the broadcasters’ 8 June plans.

Broadcast features editor Robin Parker and reporter Miranda Blazeby discuss why broadcasters are turning their backs on opinion polls, and what else they have learned since last year’s Brexit vote and the previous election in 2015.

Plus we look at how satire shows build a voice that can stand out from the virals and insta-verdicts of social media.

Former Labour spin doctor Matt Forde joins us to talk about the challenge of producing two episodes a week of his topical satire Unspun in the run-up to the election.

He also tells us about why he loves to interview people he disagrees with, why broadcasters should be worried about Trump’s sidestepping of traditional media – and whether British viewers will ever get a nightly topical show.