Charisma.ai CEO Guy Gadney on how TV series can extend off the linear screen and into an immersive, interactive world

In a world of almost infinite entertainment choices, one of the biggest challenges facing content creators is how to maintain interest in their franchise and characters when the show is over.

It doesn’t matter how good a film or television series is, the attention span of audiences is so short they are immediately looking for their next fix when the credits start to roll.

Film producers have proved more adept at maintaining fan engagement than their TV counterparts. When a blockbuster movie ends, there is usually a gaming, licensing or TV spin-off in place to sustain excitement.

But when a TV series ends, fans typically have to make do with a bit of social media banter, some behind-the-scenes footage and a slightly disappointing scroll through Wikipedia or IMDb to learn more about character back stories.

It doesn’t have to be this way. Digital production technology has reached a level of sophistication that any attention-grabbing TV series should be able to extend its appeal off the linear screen and into an immersive interactive world.

In doing so, it could extend engagement with hardcore fans, attract new audiences, generate a creative feedback loop and unlock new monetisation opportunities with brand partners and alternate distribution platforms.

Below are five Top Tips producers can use to give their shows an interactive spin-off with the best chance of gaining viewer traction.

For the interactive piece to work, it needs to be authentic – and the best way to achieve that is for it to be in lock step with the show. Access to the Writers’ Room doesn’t mean the interactive producer has to be in the room – it is access to ideas at an early stage which is the key. The interactive team may pick up on ideas that don’t make it to the primary screen and that’s a key advantage. Once a writer came up with a brilliant concept that was rejected as impractical within the constraints of TV – but that concept became the basis for a great interactive story.

Interactive or extended storytelling doesn’t have to follow the same line as the linear mothership. Disney’s success with The Mandalorian (pictured above) shows how an entire franchise can be developed on the back of a secondary storyline. For producers, it makes sense to discuss parallel storytelling possibilities with the interactive team. Is there a secondary character whose personal growth might form the basis of a successful franchise? Is there an antagonist that fans might like to pit their wits against in a game? If an antagonist is allowed to live at the end of a show, can this be the basis of heightened fan engagement (even if imprisoned like Hannibal Lecter)?

Ideally, the interactive piece needs to dovetail the linear production. If this happens, it heightens the creative potential of the project, reduces the cost and causes less unwelcome interference. For example, getting access to sets before they are struck means it is possible to get some hugely valuable 360-degree videos scans. This could be done during production downtime to avoid clashes. In a similar vein, providing access to cast members during production is much easier than trying to chase them down afterwards when they have moved onto other projects. Likewise, TV and gaming production have become much closer in recent years, so there is certain to be CGI/VFX-based content that could enrich an interactive extension. VFX-enhanced location shots, for example, could aid world-building.

[My company] Charisma is agnostic when it comes to which interactive platforms to use. But the identity of the commissioning platform/broadcaster can impact on the way an interactive spin-off is used and monetised. So, it’s important to consider the rights equation upfront. Let’s say Apple is the owner of the project – then all rights ensuing from it may stay within that ecosystem. But if it’s a domestic broadcaster then there may be a discussion to be had based on industry Terms of Trade. Since the ultimate goal is to generate revenues from interactive content, it makes sense to negotiate accordingly. It’s also an opportunity to get the commissioner on side in terms of marketing the interactive element.

Assuming the producer is enthused by the idea of some kind of gamified interactivity, they need to set themselves clear objectives about its use. Is it designed to launch at the same time as the trailer, teeing up the forthcoming series? Or, is it perhaps perceived as an episode-to-episode bridge? Maybe the idea is to draw users deep into the world of the show so as to build data profiles. Whatever the goal, the mechanics of the game/story need to fit the overarching ambition. Ideally, they also need to leave enough scope to build out the content, if popular. 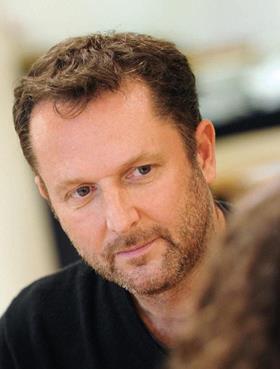