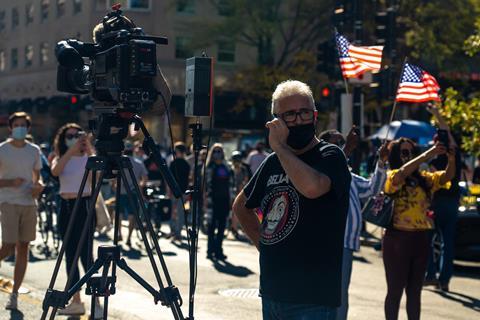 The Risk Assessment popped into my inbox. PPE would be provided it assured me.

But I wasn’t going to a Balkan or Middle Eastern war, I was going to a hospital in the UK.

Like many camera operators within ITN, BBC and Sky it was my turn to don Personal Protective Equipment to protect me not against stray bullets or improvised explosive devices but microscopic droplets that have brought misery to millions.

I put on a hairnet instead of a helmet and a visor in place of a gas mask, a thin plastic apron was my flak jacket in this new theatre of war. I thought I was overstating the parallel until a nurse we interviewed told us ITU felt like a ‘war zone’.

Filming in Covid wards and intensive therapy units is quite difficult. Condensation (every camera operator’s enemy) is inevitable and if you wear glasses you’re never quite sure whether it’s your spectacles, the visor, viewfinder or lens that has steamed up. The curved visor also made focusing quite tricky. I was wearing it for a couple of hours, imagine the discomfort of the doctors and nurses who endure this for the entirety of their shifts.

And then think of those patients who sit there hardly moving a muscle, their chest heaving as they struggle for a breath; adhesive patches stuck to their flesh connecting them to machines and cannulas piercing their veins delivering life-saving medication.

It’s not easy being in these places. Whether it’s a Covid ward or the aftermath of some man-made or natural disaster we train our lenses on people who are desperate and vulnerable.

Though sometimes discomforting, it’s a privilege to be in these places to record the truth of what’s occurring. Not so much ‘the hand of history’ more the eye. We are acutely aware that every patient is a loved-one to someone out there (and possibly viewing) and it presents a challenge to preserve their dignity and privacy while also accurately reflecting the gravity and reality of the situation.

In an era when anyone with a phone thinks they’re a journalist and have access to social media to amplify their point of view, the role of regulated professional news media is of even greater importance.

I was preparing for a live broadcast outside a hospital when a man drove up in front of my camera and our reporter and bellowed at us to ‘tell the truth for a change’.

‘That hospital is empty, I have it all on my phone’ he assured us. When we told him that it was, in fact, quite full he replied that those patients were ‘actors, paid for by the government’.

Camera operators rarely do a single job anymore, we are editors and also transmit our reports, set up live broadcasts at the end of a pretty grueling day. We are sometimes, laughably, called crews but we do this job because sometimes we get a chance to film something important, images we hope will break through and resonate with an audience. Hoping that people, when they see them, can recognise the truth. 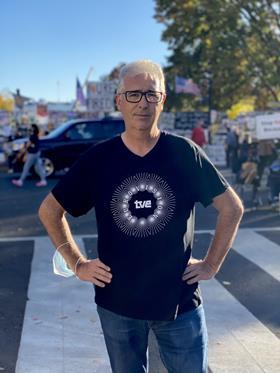