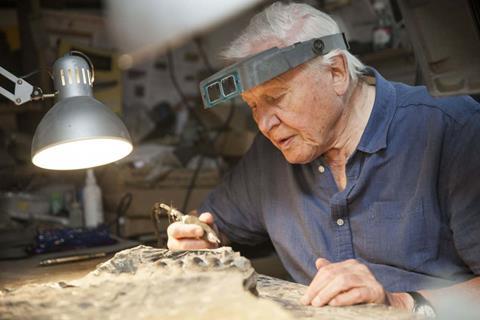 How it was done This one-off doc follows David Attenborough as he unravels the story of a 200 million-year-old fossil discovered on Britain’s Jurassic coast. Using state-of-the-art imaging technology, a remarkable Ichthyosaur is brought to life. Along the way, the team stumble into a murder mystery that only painstaking forensic investigation can solve. Films at 59 colourist Simon Bland completed the grade with a “naturalistic balance, steering away from orange hues”, according to the post house. For  reconstruction scenes, Bland used a greener palette, to help differentiate them from the blue live-action footage. Autodesk’s Lustre grading suite allowed quick switching between the grade and the online. The post-producer was Bridget Blythe.