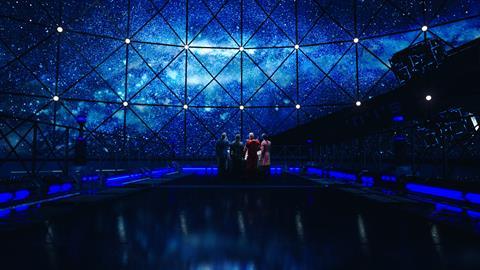 London base for UK animation firm

Animation and VFX company Axis Studios has opened a London office, the details of which were first revealed in June.

The custom-built Hoxton Square space is home to 20-30 people, and acts as a branch of the Axis Studios HQ in Glasgow, Scotland.

Axis Studios employs more than 200 people across its different bases in Glasgow, Bristol and London.

The London office enables Axis Studios’ clients and creatives to “deliver complex productions of any volume with the backing, experience and depth of the Axis Studios team across its other locations in Bristol and Glasgow,” says Axis Studios.

“The London studio gives us greater access to new and existing clients and of course some of the very best talent in the world,” said Paul Schleicher, executive producer at Axis Studios.

The first productions for the London Axis Studios office include Netflix/E4’s Kiss Me First and SyFy’s Happy!

Across the group, recent work includes Lost In Oz for Amazon Studios, VFX work on BBC’s Doctor Who and Dave’s Red Dwarf (pictured) as well as animation on Dawn of War III for Sega.