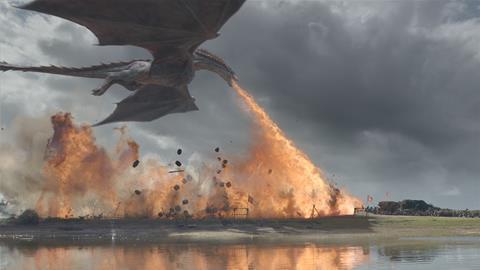 Soho VFX house Cinesite Studios has secured a £50m finance package that will be used to develop studio partnerships and includes capital for buying other businesses.

The deal consists of an initial £28m from private debt specialist Pemberton that will cover the group’s capital requirements - including funds for acquisitions - plus £2.8m in revolving facilities from Barclays Corporate Banking.

The overall agreement has a further £18.5m of fund-raising capacity built in.

Cinesite chief executive Antony Hunt said: “In partnering with us, [Pemberton] has invested in the talented staff we nurture, our ambition to grow steadily and our vision for the future.”

Established in London in 1994, Cinesite Studios produces animation and visual effects for TV and film. Its credits include Game of Thrones (pictured), Harry Potter and the Deathly Hallows Part 2 and Skyfall.

The company, which also has facilities in Montreal and Vancouver, says it has achieved 40% year-on-year revenue growth since 2014.

The new financial arrangements will “facilitate new partnerships and collaborations with leading studios and filmmakers to develop and innovate original projects and stories that resonate with a global audience,” it added.

Cinesite was advised by Tomorrow Partners. Refinancing deal terms were not disclosed.