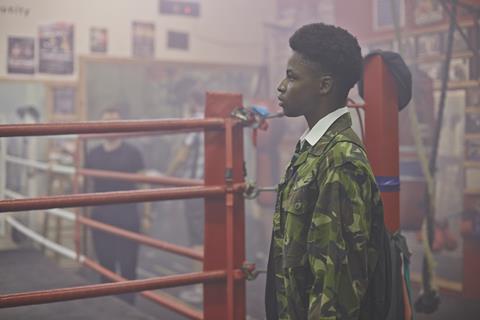 How it was done This 4K 15-minute short feature tells the story of a teenage refugee arriving in Manchester in search of a place to call home. Brutalised at home and bullied at school, he lashes out at the world around him, until he joins a local boxing club, when his life takes an unexpected turn for the better. The film has been selected by eight festivals and won the Northwest short at the Bolton Film Festival. Timeline North’s Siôn Roberts edited it in Avid Symphony. VFX work was completed on Blackmagic’s Fusion and the grade was done by Stacey Cain in DaVinci Resolve. The 5.1 audio mix was dubbed by Richard Lee in Pro Tools. Throughout the offline, resolution was kept at a proxy DNxHD codec before being conformed back to 4K for the delivery. Part of the deliverables included a Digital Cinema Package, created internally at Timeline.

Watch it Watch the trailer at rabbitpunchfilm.com