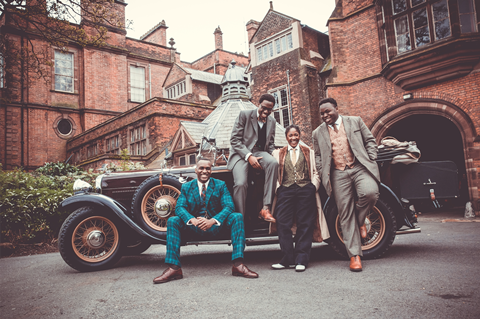 Brief Picture post-production on 6 x 30-minute comedy series for ITV2, which follows a south London four-piece jazz band as they travel back in time to 1926.

How it was doneTimewasters was written and created by Uncle actor Daniel Lawrence Taylor and centres on the jazz band after they get stuck in the past when their ‘time machine’ is destroyed. The team discover a world a lot less genteel than Downton Abbey had led them to believe. The Farm Group’s colourist Sonny Sheridan worked closely with Timewasters director George Kane during the grading of the series, to create highly stylised, dynamic atmospheres with vivid colour scopes to complement the storyline. To emphasise the jazz band travelling back in time, Sheridan added many layers and vignettes to draw the viewers gaze, similar to old filmic styles. Tam Osman completed the online edit using Avid Symphony. Timewasters was shot on the Arri Alexa and post produced by Sean Gatenby.