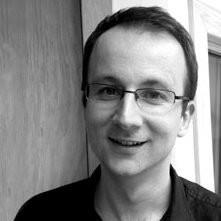 Stephenson was previously at StormHD, where he stayed for seven years and worked on Joanna & Jennifer: Absolutely Champers (BBC), To Catch A Serial Killer with Trevor McDonald (ITV), Dispatches: ISIS and the Battle for Iraq (C4), James May: The Reassembler (BBC2), Outrageous Acts of Science (Discovery), and Ronaldo: Tested to the Limit (Sky Sports).

Zeb Chadfield, founder of The Finish Line, said: “[Dave is] an absolute legend and has the same passion and approach to picture finishing as the rest of our team so I have no doubt he will be able to hit the ground running.”

While having a permanent base in Kensal Road, The Finish Line describes itself as a ”pop up post firm, able to work everywhere and anywhere.” Its credits include Boundless’ Grand Designs: House of the Year (C4) Windfall’s Secret Life Of Owls (C5), Wall To Wall’s Dope (Netflix) and World Media Right’s Hitler’s Circle of Evil (Netflix).