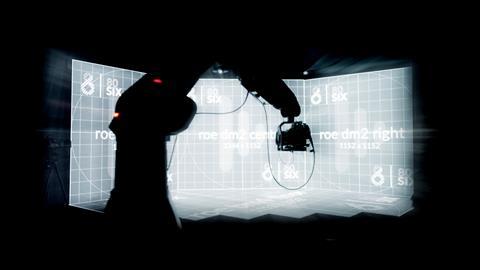 It worked in collaboration with tech partner 80six on the development of the studio, which was first used during this year’s Future of Film Summit, for host’s Alex Stolz’s opening keynote.

It’s based in Slough, around 10 mins from Pinewood Studios.

Through the use of LED screens as part of the set, the performer or host can see and interact with the content around them in a natural way, with realistic light provided by the LED screens. Scenes designed and built in Unreal Engine or in Notch, can be virtually extended into a 360 degree world.

Jack James, director at 80six, added: “Dimension have an awesome heritage in creating high-quality, immersive virtual worlds, and their real-time team have been pushing the possibilities within virtual production for a while. It’s great to partner on the XR studio to deliver new creative possibilities together.”