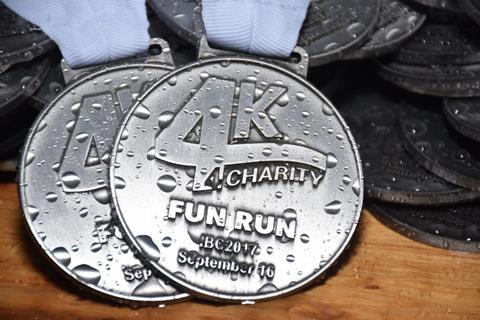 Registration is now open for this year’s 4K (2.49-mile) 4Charity Fun Run at IBC. The run will begin at 7am on Saturday 15 September at Amsterdam’s Amstelpark.

The event, which is now in its fifth year, raised US$39K (£30K) last year for diversity and inclusion non-profit organisations.

Those benefitting from this years’ run include Amsterdam-based Stichting NewTechKids, which provides computer science education for girls, minorities, and economically challenged youth in the Netherlands.

Iridescent, a global non-profit organisation, which assists underrepresented young people to become innovators through engineering and technology, is also being supported through the run.

“We’re humbled to see our industry’s technology community come together once again at IBC Show to help make a meaningful impact for children from communities in need,” said Laura Barber of AWS Elemental and co-founder of the 4K 4Charity Fun Run Series.

Snacks and drinks will be provided before and after the run, and each runner will receive a custom race medal and commemorative shirt. Registration is open now at https://4k4charity.com/ibc.