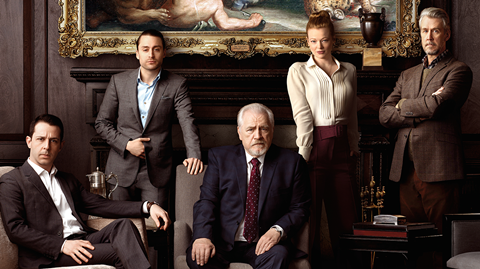 A rise in the number of projects being shot on film is one of the key drivers behind a partnership announced this week between Technicolor London and film pro- cessing and scanning firm Cinelab.

Technicolor London said it is expanding its front-end operations to support film productions by partnering with Cinelab’s facility just outside London.

The partnership comes six years after Technicolor closed its Pine- wood film lab amid the shift by the TV and film industries towards digital acquisition and distribution.

However, film has not been wiped out by the digital onslaught – and is even showing some signs of growing in popularity. Recent US studio features including Mission Impossible: Fallout, Star Wars: The Last Jedi, Wonder Woman 1984 and Phantom Thread, as well as indie films like Possum, The White Crow and Ray & Liz, were shot on celluloid and processed by Cinelab.

The number of ads shot on film and processed at Cinelab doubled in 2018 to around 350, and there was an increase in pop promos to 50-plus, many shot on Super 8 and Super 16 as well as 35mm.

Dramas such as HBO’s Succession have also been shot on film.

Cinelab chief executive Adrian Bull told Broadcast that its film processing work rose 50% between 2017 and 2018. “We know some of this is driven by a modest increase in shooting on film, but we have also seen a good increase in capturing work being shot interna- tionally and coming back to the UK.”

Directors and DoPs are continuing to use or going back to film for both aesthetic and resolution reasons. Film captures at high resolution and high dynamic range, a factor that is important to streamers like Netflix and Amazon.

Bull also said there is still a look and aesthetic to film that is not replicated with digital cameras: “Film undoubtedly looks different, and despite improved resolution and dynamic range on digital cameras, we rather flippantly refer to digital being big video rather than film.”

The mainstay of film acquisition is features, ads and pop promos, but TV could soon experience a rise too.

Bull said the use of film in TV has been hit over the past 10 years, particularly by the BBC’s refusal to accept Super16 as an acquisition format for HD in primetime programming.

“This was never because of the resolution of film, it was down to the inability of the terrestrial HD broadcast channel to adequately reproduce Super16 film. Features such as Suffragette, Carol and The White Crow, shot on Super16, look incredible on the big screen. As the streaming services jump to higher bandwidth and 4K services, use of Super16 becomes viable again.”

US dramas have more typically shot 35mm, with interest in the format growing because of the 4K/ HDR capability of film.

For its work on Succession (pictured above), Cinelab processed and scanned the film, delivering uncompressed 2K data back to the US every night to support the post schedule.

Bull insisted that shooting on film shouldn’t be more expensive than digital, arguing that its cost is proportional to shooting ratio, so an experienced crew, actors, a well-defined script and shooting schedule can prove effective. “We see comparable costs between a two-camera Alexa shoot against 35mm, 3-perf with a 2K delivery with a 10:1 shooting ratio.”

Bull said that for 4K delivery, film becomes more attractive as the costs are the same in processing and editorial and the increase only comes in the final scanning, conform and delivery stage.