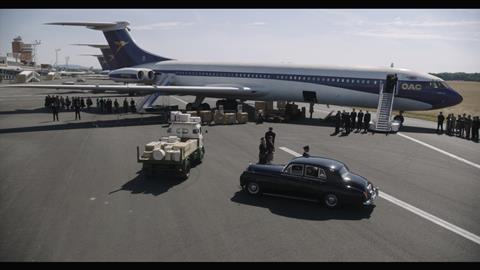 Framestore has revealed its VFX work on the third series of Netflix’s The Crown, which centred on recreating Heathrow airport as it was in the 1960s.

The team created several digital matte paintings of Heathrow as it was in the 1960s, with the passenger boarding bridges from the period placed centre-stage so it was immediately recognisable.

The painting was accented with flashing lights, crowds, and ground staff and added to the background of the live action plates. Framestore also helped bring the scenes to life by adding several runway vehicles and crowds into the shots.

The VFX house worked on several interior aircraft shots, replacing window views with environments both on the ground and in the air. One of these shots featured a long, slow camera track through the aircraft. For this, Framestore created a digital matte painting of the exterior landscape and added CG clouds.

Ollie Bersey, deputy head of 2D at Framestore, said: “When you have to replicate well known locations like Heathrow Airport, it’s very rare that you have in-depth reference materials to work from. It’s our job to do as much research as possible and pick visual elements that can be quickly associated with the location you’re trying to recreate.” 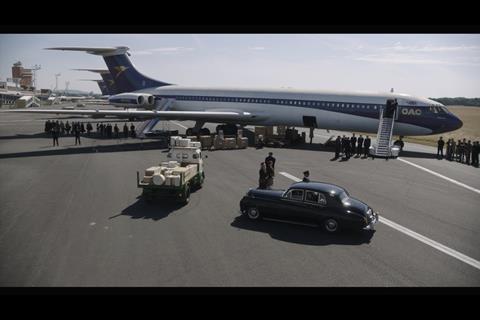 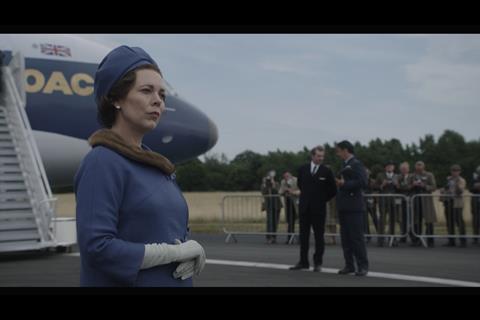 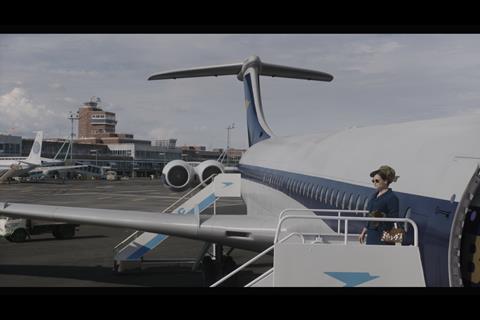 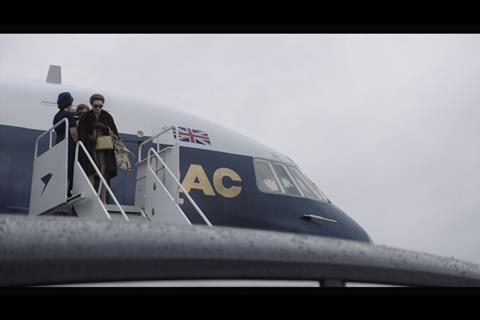 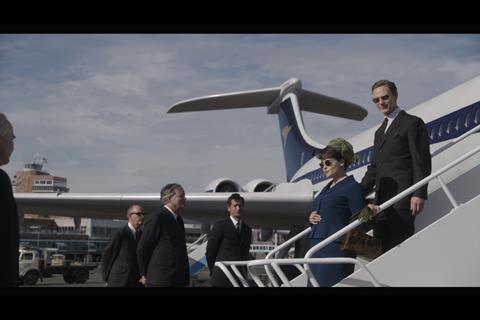 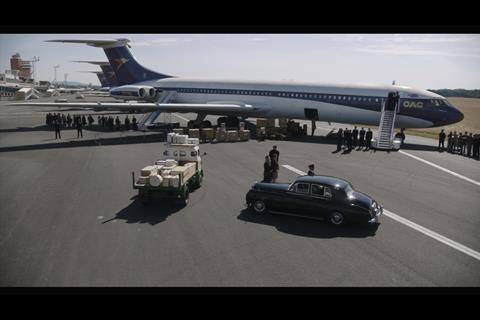 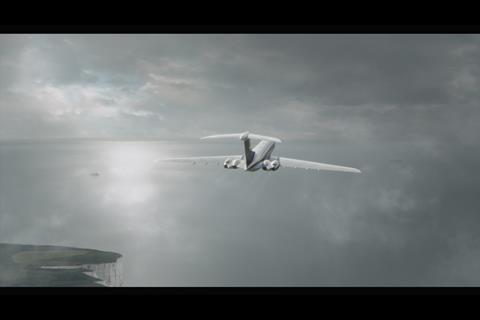