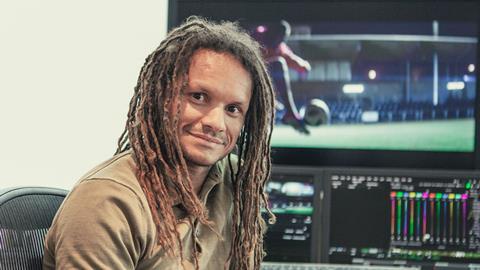 One of the UK’s top colourists, Freefolk’s Paul Harrison, is returning to London after a two year stint in New York.

Harrison’s return comes amid a number of changes at Freefolk that will see the visual effects facility close its New York studio to focus on its London offering.

Freefolk co-founder and managing director Justine White has also stepped down after 15 years with Fi Kilroe and Vittorio Giannini taking over as joint managing directors / executive producers. White remains a co-owner of the company.

Harrison started his career at The Mill, then MPC, before establishing the grading department at Freefolk in 2012, and has built strong relationships with directors and DOP’s including James Rouse, Arno Salter, MJ Delaney, Megaforce, Noam Murro, Jaron Albertin, Frederik Bond, Traktor, and Guy Ritchie.

Harrison was still working with a lot of UK clients while in New York, so Freefolk says it made sense for him to be based in one location – while saving on high overheads in New York.

Freefolk co-founder and creative director Jason Watts commented: “It’s brilliant to have Paul back with us in London, his UK client base is so strong that he ended up working remotely on numerous UK projects whilst in NYC so it made sense to stick to one location - there’s only one Paul and he can’t be in two places at once! He’ll still be available for remote grades with his American clients through various partnerships we have established, so it’s the best of both worlds.”

Joint managing director Vittorio Giannini said: “In the past year, with both launching our Emmy winning and twice BAFTA nominated longform department and some pretty big commercial projects, we are experiencing an extremely busy time in London so it makes sense to really concentrate our services and have the best talent under one roof.”