Each project utilises extended reality (XR) to attempt to realise new forms of storytelling and entertainment. 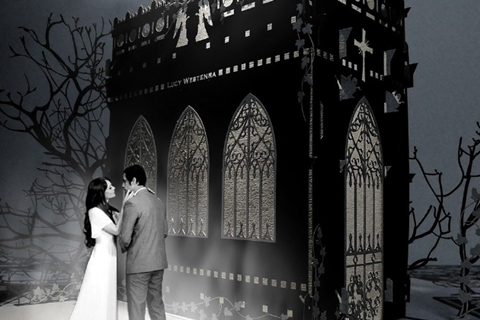 The 20 experiences were revealed at the CreativeXR Showcase and Market at the beginning of this month, having been whittled down from 260 applications for the programme.

CreativeXR is run by Digital Catapult and Arts Council England in partnership with StoryFutures Academy, with support from the BFI International and the Epic MegaGrants program.

Several of the projects selected require minimal equipment to be accessed at home. This includes Transportalists, a live concert experience which can be projected onto a tabletop and experienced via a smartphone; and The Invited, an Augmented Reality pop-up storybook brought to life on a tablet.

The 20 XR projects at this year’s CreativeXR:

Dr Jeremy Silver, CEO of Digital Catapult said: “The raft of visionary prototypes developed this year is testimony to the growing strength and depth of the UK’s immersive content sector and the ability of the UK’s creative community to come together in times of adversity. CreativeXR has this year truly shown that augmented and virtual reality can allow new stories to be told to new audiences in new ways. Let’s face it - there has to be more to at-home experiences than on demand TV and live streaming.”

Francis Runacres, executive director of enterprise and innovation at Arts Council England, said: “We’re delighted to see another brilliant cohort of artists and producers present the work made possible by CreativeXR. The range and ambition of the projects demonstrates the importance of the programme in pushing forward the creative potential of immersive technology, with experiences designed to bring culture into people’s homes sitting alongside pieces which will be able to transfer to venues once social distancing measures are lifted.”