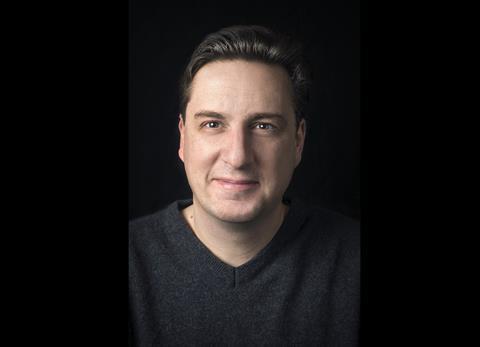 Grass Valley has appointed Andrew Cross as CEO, replacing Tim Shoulders after his departure in November.

Cross arrives after three years at Vizrt, where he was president of global R&D over all product development over its Vizrt, NewTek and NDI brands. Before that he had spent 20 years at NewTek before its acquisition by Vizrt, first as CTO and as CEO between 2015 and 2019.

At NewTek, Cross drove the creation of NDI and promoted the use of software-based video technologies to build real-time integrated live production systems.

With Grass Valley, Cross will guide the company as it moves its focus to live events and digital transformation with IP, software, and cloud-based technologies.

Cross replaces Shoulders, who left his role as president and CEO in November 2021 along with GM of live production, Marco Lopez, in a major shake-up of the company’s leadership after its acquisition by Black Dragon Capital. Black Dragon leader Louis Hernandez jr came in as executive chairman. He was formerly chairman and CEO of Avid for five years, but was fired in 2018 due to unspecified workplace misconduct.

“I’m excited to have Andrew join at this transformative time for the company and industry. I look forward to his direction and leadership of Grass Valley alongside the excellent executive leadership team already in place.”

Cross added: “I am honoured to be joining Grass Valley at such an exciting time. Our mission is to be the leader in the transition towards software-based technologies – both on-prem and as media companies move into the cloud.

“My personal drive has always been to use technology to innovate within the video industry, allowing more people to produce more video; there is no better time for me than this next step to join the most influential and respected company in the industry.”