How to script animation in live-action drama

SyFy’s much-lauded Happy! (pictured above) and Channel 4’s Kiss Me First (pictured below) are just two of the recent TV dramas to make extensive use of animation.

It highlights a growing trend of high-end animation moving into primetime television that is tied to the rise in production values brought about by the arrival of the streaming services.

Both Happy! and Kiss Me First take high-budget feature film techniques and apply them to much more modest television budgets and timescales.

It’s not for the foolhardy, as writers Grant Morrison (Happy!) and Bryan Elsley (Kiss Me First) explained during their Edinburgh International Television Festival panel session ‘Beyond visual effects: How high-end animation is driving standout television’.

Happy! is based on Morrison’s comic book series and takes the Who Framed Roger Rabbit approach of combining live-action with animation. A flying blue unicorn called Happy takes the lead alongside ex-police detective Nick Sax (played by Christopher Meloni).

“The show survives on the buddy comedy of these two characters who are completely different. Nick is a washed-up mess of a man and Happy is this really annoying, positive, always upbeat and cheerful little cartoon character,” said Morrison.

“We knew from the comic book what we wanted the character to look like. And while it could have been done as a 2D cartoon, we really liked the idea of doing something that was as close to a Pixar character as we could get.”

However, the team had a TV budget and a compressed production schedule to contend with. Morrison said: “We worked very fast on it as it had to be done by Christmas [last year] and the writers room didn’t start until May. So we wrote seven scripts in eight weeks and it went straight to production. Animation house AxisVFX created 45 pages of sketches and ideas and costings, and the character that came out of all that was exactly what we wanted. It could be animated and made 3D and it really worked on screen.”

In each scene, Happy had to react to the filmed actors and do different things. But the animation firm had to work around scripts that were being rewritten all the time.

A large amount of work was required each time to animate and render Happy’s movements.

Morrison explained: “We weren’t just getting away with Scooby Doo running past a door 1,000 times with a mummy at his tail. Happy is the title character of the show and had to hold it all together.”

The number of CG artists and animators required, and the costs associated with this, along with the amount of time that had to be spent on each scene, meant only some of the shots could feature Happy. The trick was to leave the audience with the impression they had seen more of Happy than they had.

“You have to be very judicious in where you place him to make you feel as if he’s there all the time,” said Morrison. “In Jurassic Park, there are something like 18 minutes of dinosaurs in the whole movie, but it feels like you’ve watched an entire film with dinosaurs in it.”

For Skins co-creator Elsley, Kiss Me First was his first foray into animation. The series is based on a novel by Lottie Moggach but replaces the book’s chat room environment with an animated VR gaming world.

Elsley consulted with the animators early in the writing process to get a clear steer on what could and couldn’t be achieved. “I only really had a first episode at that point,” he said. “But as we went forward, I was able to conceive concepts and even create storylines out of the animation possibilities.”

Elsley said the biggest difference with animation and live action is the precision planning in pre-production. “You can’t improvise. You have to plan, then implement. We’re used to improvising a lot in drama – you improvise the script, you improvise the shoot, then you really improvise in post. With animation, you can’t do that. You have to plan and what you planned better be right otherwise it just gets incredibly stressful and expensive.”

Elsley said he learned to write much more on a shot-by-shot basis and describe each shot in detail, rather than “talking in the slightly airy-fairy way that screenwriters tend to talk”.

Kiss Me First ended up as a labour of love, taking more than two years to complete. “That is the beauty of animation; it’s so absorbing and allows you to step aside and think about things slowly,” Elsley said.

“Television drama is typically a bit careless – there are ways of doing things and actors and directors are usually good, so it will always sort of turn out okay. Animation will never just turn out okay. You have to focus, and you have to be able to stay in one place thinking about the way someone’s hand moves from there to there for days. There’s something very rewarding and a bit Zen once you get into it.” 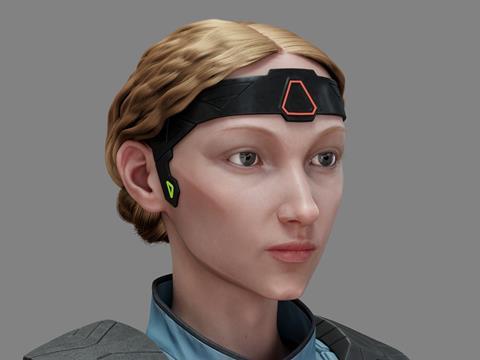