How VFX can aid productions in a post-Covid world

MPC VFX supervisor Gary Brozenich on the role of VFX in enabling productions to shoot in a smarter, safer way

As we all emerge blinking into the sunlight again, we’re going to see some significant changes in how film and television are going to be made.

With smart social distancing and the quest to keep human contact to a minimum, we are all going to re-think our processes in order to continue to produce content in an effective, manageable and safe manner.

We’ve seen the major studios and production companies in conjunction with the government drawing up the relevant regulations that will help guide us through our much anticipated return to set.

Alongside this, we in the VFX community are now in a vibrant and constant discussion both inwardly amongst the vendors and outwardly as VFX supervisors and filmmakers about what our craft can contribute to this cause.

Over the last decade we have all seen the consistent progression of the VFX contribution in filmmaking.

Writers, Production Designers and Directors are far less bound by location practicalities to take us to far flung times and places both on this world and beyond.

Stunts, costumes and special effects makeup designers are not limited to the practical and green screens are now an expectation not an exception.

A crowd of thousands is now typically shot with a few hundred. A historic city is now more often a constructed square and a few selectively designed side streets on a backlot and we are realising the rest of the design with VFX artists all over the globe.

These tools and techniques have matured with the demand and the filmmaking cultures acceptance and confidence in them has now made them part of our collective DNA.

The post-Covid film and episodic world will have an opportunity, now, to truly capitalise on these tools and practices to help make a difference without accepting compromise.

We are here to help push that to the next stage.

In it’s most simple form, the familiar and accepted VFX practices we already use can be relied on to bring more to areas where it was not previously considered.

How much do we need to build and how much of the design will be finished off in post with VFX? Smaller sets require less construction, less dressing and less support crew on the day, only demanding a bigger imagination.

Virtual location background technology like Ncam and Simulacam make it possible to view and track both in-camera and on the video tap what will only be a green screen on set.

This technology has been used extensively by many of us for many years but should be considered as more essential in a cultural shift to a smaller set, less travel and smaller crew profile.

A step further is the latest technologies afforded by LED wall stages created by use of Stage Craft, Lux Machina and the Unreal Engine. These sets can fully immerse the subjects and bathe them in a more natural light derived straight from the image-based environments.

Crowds are an area that will no doubt rely more heavily on VFX. Each crowd extra on set comes with an added need of hair, costume, makeup, catering, transport and ADs.

We can use less of them and redress the same people as others to keep the footprint down. We can also bolster deep background with fully digital extras as we typically do.

With a small team you can capture and create a virtual version of a location. This small team can visit multiple locations and that prepared virtual site can then be shared in a single session.

There are virtual cameras that can be used to lens up and see that landscape through a camera. You can move to various points and view it from any angle.

If planned for, you can map the light movement across that terrain throughout the day. This may be a way of eliminating locations from a list without travelling, shortlisting or streamlining the scout before you arrive.

In addition, if there is a specific build that needs to be added either practically or in VFX, say a castle, house or town set, you can digitally load and view it in each location and in reposition it real time.

Other areas that will likely become important is the avoidance of the unpredictable in your day to day processes. Examples such as large SFX explosions or events on set that require significant set up and can lead to big lead times for second takes can be pushed to a VFX solution or shot separately and added later. In addition, Atmospheric effects like snow, rain,smoke,etc. can also be added, in many cases, in post. Less people on set, less time spent getting these just right.

Similarly, complex stunt work that requires heavy rigging, safety considerations and support crew can be shot separately in a more controlled environment that both better meet the needs of the stunt teams and reduces the complexities on set with your principle actors or large numbers of extras. In some cases, these could also be pushed more onto a digital double.

I believe that this is just the tip of the iceberg and the start of a new way of approaching films of all sizes. Hopefully through this process we will plan better, prep smarter and think even bigger again. 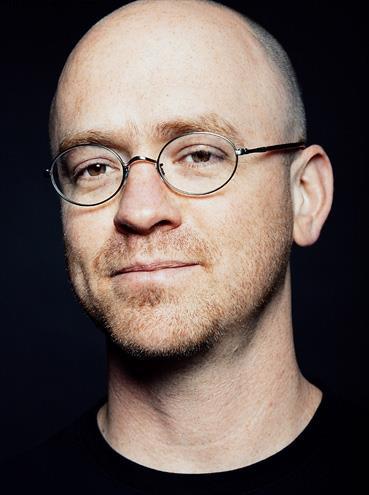 Gary Brozenich is VFX supervisor at MPC. His credits include Pirates of the Caribbean and Maleficent.