Is Pinewood looking to take on Dagenham Studios? 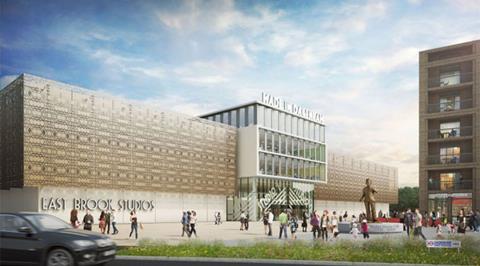 A report in The Guardian claims Pinewood has ”expressed interest in building a new site in east London” and is “looking to buy 20 acres of land in Dagenham to meet extra demand for UK production facilities.”

Broadcast contacted Pinewood about the claim, but the studios giant declined to comment.

Barking and Dagenham Council is currently inviting expressions of interest for the creation of a new large-scale TV and film studio facility in Dagenham East.

The proposal is to build a bespoke complex near the Londoneast-UK business park, following the publication of a feasibility study that suggests that an extra 1,220,000 sq ft of studio space could be required for features and high-end drama production in London by 2032.

Indicative layouts showing the potential size of the space have been drawn up, with the site covering 18.7 acres with a minimum of 125,000 sq ft of studio space plus workshops and vehicle access.

Barking and Dagenham Council’s urban regeneration company, Be First, is currently looking to find suitable partners to build and operate the complex.

If The Guardian’s report is to believed, it seems Pinewood could well be one of those in the running to operate/own the space.