£100m Dagenham studios given go ahead 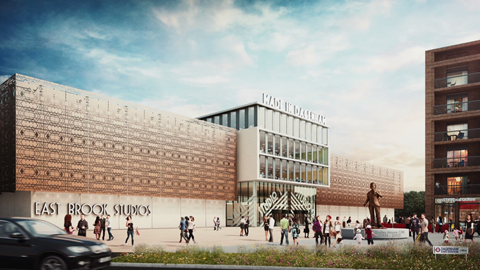 The proposed Dagenham film and TV studios have been given the green light, with £100m set aside to create a studios and entertainment complex covering 22-acres, including 12 sound stages, a major events centre, VR and 3D attractions and retail and dining outlets.

It will be built and operated by US-based Pacifica Ventures in partnership with Media Content Capital (MCC). Pacifica Ventures has previously designed, developed and built large-scale film studios including the Albuquerque Studios in New Mexico and the Sun Center Studios outside Philadelphia, Pennsylvania, and has consulted on studio projects around the world.

“The complex will be an exciting new visitor destination that will create thousands of quality jobs and educational opportunities in a huge range of disciplines.”

The 12 state-of-the-art sound stages will cover 264,000 sq ft, and there will be workshops and warehouses for lighting and grip operations, and a minimum of 95,000 sq ft of production office space.

Darren Rodwell, the Leader of Barking and Dagenham Council, said: “The complex will be an exciting new visitor destination that will create thousands of quality jobs and educational opportunities in a huge range of disciplines. I’m confident it will make Barking and Dagenham more famous for films than Fords.”

“This development will bring big Hollywood blockbusters to Barking and Dagenham.”

Mayor of London, Sadiq Khan, said: “This development will bring hundreds of new jobs to the area – from carpenters to camera crew - and will bring big Hollywood blockbusters to Barking and Dagenham.” 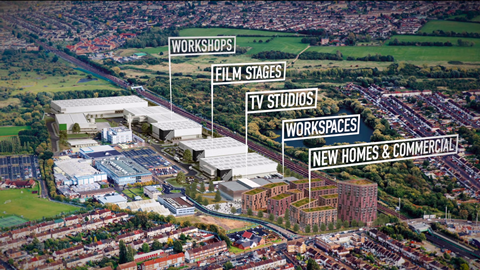 Pacifica Ventures-MCC won the contract after Barking and Dagenham Council invited expressions of interest to build a bespoke complex near the Londoneast-UK business park towards the end of last year. The council’s urban regeneration company, Be First, was charged with finding suitable partners. Pinewood was thought to be one of the early front runners after it put forward a bid.

Pat Hayes, managing director of Be First, said: “I would like to thank all the bidders for the excellent quality of their submissions. Our team rigorously assessed each, but a clear winner emerged. Subject to detailed negotiations and exchange of contracts with Pacifica Ventures-MCC, we expect construction of the media and TV complex to get underway in 2019.”

Rodwell added: “Pacifica Ventures-MCC emerged as the clear winner based on their track record and commitment to making the film and television studios a cultural and community asset for the borough, for London and for Britain’s film industry.”

Adrian Wootton OBE, chief executive of Film London and the British Film Commission, said: “We’re looking forward to working with both Pacifica Ventures-MCC and Be First to promote the new facilities, bring major titles to east London and, ultimately, champion the capital as the best city in the world to make big-budget film and TV.”

• Workshops and warehouses for lighting and grip operations