Leeds Studios to open in May 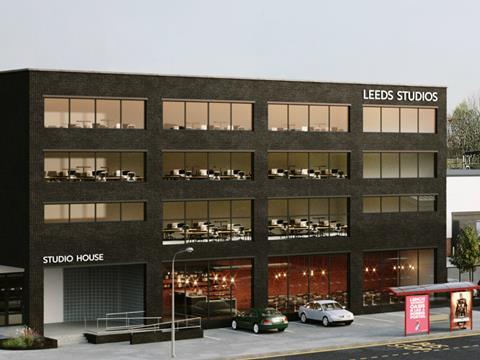 Leeds Studios is to open its doors to TV, film and commercial productions in early May 2020, offering five large sound stages just a few minutes drive from the new Channel 4 headquarters.

Based at Whitehall Road, the studios are being created on the site of the former Polsestar Petty printworks in response to increasing demand for production facilities in Leeds, following C4’s move and Sky’s announcement of a planned relocation to the city. The NFTS is also opening a base in Leeds.

Leeds Studios is located between the existing TV and film hub on Kirkstall Road and the South Bank, which is home to around 500 creative and digital businesses.

Leeds Studios will also have 25,000 sq ft of production office and service space, as well as 30,000 sq ft of space for production facilities such as prop stores, workshops, make-up and costume. It will come with parking space, a coffee shop and meeting rooms, and there are plans to make offline suites available to hire.

Last month, Leeds Council signed a contract to lease the site from Yorkshire-based property developer and manager Caddick Group and then sub-let it to Versa Studios – owner of All Studios. The council also received approval to loan Versa £1.6m for external acoustics work.

Leeds Studios is a joint venture between All Studios, operator of the Manchester Studios complex (formerly Granada/ITV studios), run by Melanie Jones, and Leeds-based Prime Studios.

Hepworth described Leeds Studios as a “genuine city centre site” that is just two minutes drive from the train station, and said it would open for business in early May 2020.

Much of the £7.5m investment will go on upgrading the site’s power supply and carrying out a full acoustic programme to soundproof the studios.

The design of Leeds Studios is being overseen by Jenkins Design Services, whose credits include ITV’s Emmerdale production facility in Leeds, the revamp of Manchester Studios, and the relocation of the Coronation Street lot to Salford

Jones said the joint venture deal between All Studios and Prime Studios means they will be able to offer a mixture of sound stages, full-service TV studios and smaller digital studios to clients in Leeds, Manchester and the surrounding region.

She added that All Studios is also looking to find a site in London, and has been involved in discussions about locations in the capital. Such a move, she said, would allow All Studios to sell a wide variety of studio space right across the UK. Producers would be able “to go to just one person to book and get information about studio availability in two or three cities in the UK very easily”.

Jones said they are receiving enquiries about the Leeds space and some clients have already had a look around the site. Hepworth is the primary contact for enquiries about Leeds Studios.