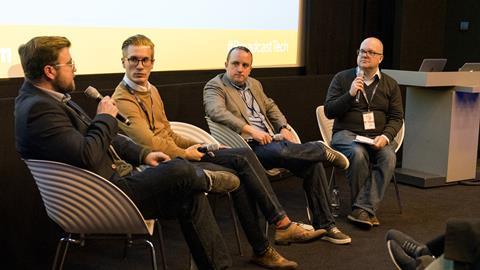 Making the most of archive

The main session of the Archive Forum (Dolby Screening Rooms, 7 November) examined how post houses and in-house facilities at large production fi rms manage archives –and the consensus was that LTO magnetic tape is still cheaper and more reliable than the cloud.

Fremantle Media content and media resources manager William Simpson said the firm deploys cloud for back-up and short-term storage, but once a TV series has finished its run, its assets are transferred to LTO, barcoded and sent to an external storage facility.

“The LTO method is not entirely secure and it’s a gamble because you’re relying on manufacturers to keep supporting it,” he said. “Also, there’s only room for one LTO copy in the budget because we make so much content. That’s a bit scary, but it’s still cheaper and more reliable than cloud at this stage.” 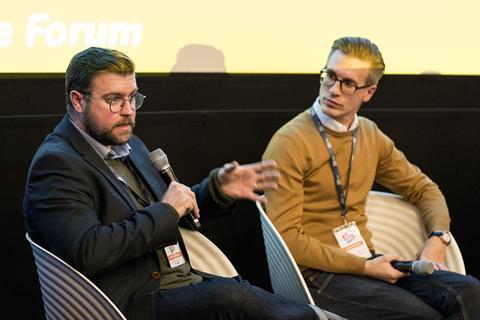 Simpson said the main problem with storing archive in the cloud long term is the egress cost: if content stakeholders require assets to be pulled out, moved around or sent to another place, it can prove both difficult and costly. “We’ve started using cloud for archive on various projects but the egress costs are killing us,” he admitted.

Fremantle and Endemol Shine talked about plans for their legacy IP during the session. Both firms are currently partnering with Google in Munich, which is digitising a number of boxes of their footage for free.

Endemol Shine head of digital operations Joe Harbinson revealed that such enterprises have helped grow the company’s digital revenues by 300%.

“We’ve had a forage around for low-quality content for YouTube and there’s a new business model growing out of dusty boxes of tapes,” he said.

While Simpson added that it is “a great way of processing digitised content at a cost-effective rate”, he noted that there are some quality issues.

“It’s good because it’s free, but there are QC and sync issues – it’s not the same as owning a digital master,” he warned.

Harbinson acknowledged that there is a need to look at new formats on which to store old shows: “A lot of our shows are on magnetic tape, which has a 25-year lifespan, and most of it is coming to the end of its life.”

Simpson agreed, but said it is hard to make a business case in a company like Fremantle, where “the budget is there when you are making a show, not afterwards. New programming is always the priority”.

At the other end of the quality spectrum are the storage and archiving issues associated with footage acquired in formats such as HDR and UHD, which The Farm Group head of scripted pipeline Peter Collins also discussed during the session.

With streaming clients like picking up more work on the format, Collins said budgeting for storage at an early stage needs to be considered.

“There’s a divergence between working on compressed and uncompressed material and the data as a result of that process,” he explained.

“Uncompressed material might consume 5TB of storage per hour so you are looking at 50TB for a series. If you are working on three shows at once, you are generating huge data sets.” 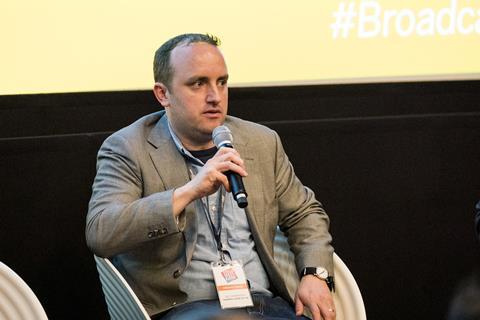 According to Collins, if a UHD client requires some reversioning then they need to approach post houses early on, as facilities can’t afford to keep the material on their systems much past the delivery date.

“We also have to factor in costs for our infrastructure and processes. While the work itself hasn’t changed, the cost of storing data has definitely grown,” he added.

Collins believes that the Digital Production Partnership’s (DPP) initiative to extend the Interoperable Master Format (IMF) to the broadcast and online communities will help to meet the growing need to retain high-quality files for reversioning.

“Broadcasters need to keep their own archive masters for reversioning, which is where I think the DPP’s IMF initiative will come in handy,” he said.

The jury is still out on whether AI applications will help firms manage and track their archives, with most panellists agreeing that there is a huge gap between the promise of AI and the practicality of implementing it.

According to Harbinson, Endemol Shine has been pitched to by all the major tech platforms and their promises usually amount to the same thing.

“They say ‘give us your library and we’ll automate the edits, there’s no need for people’. But what this leads to is shiny marketing pieces. And you still need someone to sit there to train the machine,” he said.

Simpson said Fremantle recently trialled a transcribing app on The Apprentice to help with Netflix backing HDR, and facilities to all the different accents. “It just couldn’t keep up,” he revealed.

The Farm’s Collins said that given time, AI will improve things in terms of metadata, “but I think you need a human to be involved as humans can make creative decisions in the way AI can’t”.

Managing and restoring historical archive and making a business case for its reissue in the era of OTT and online video was the focus of a number of other sessions.

During her presentation, Associated Press archivist Jenny Hammerton explained how YouTube has become a shop window for the news archive’s collection of more than 1.7 million stories, as well as the British Movietone News collection it acquired two years ago.

“Most of our collection has been tape-free since 2013 and we have our own online platform, which is really searchable. But film researchers now tend to do their research on YouTube, finding content and contacting owners directly,” Hammerton explained.

“We now have more than 50,000 items on YouTube and around 450,000 on our AP archive channels, which is one of the biggest archive channels on that platform in terms of the number of clips we have up there.”

Hammerton also applies her 20 years of archive experience to the channels, curating weekly items to attract sales. AP will also occasionally use the video-sharing network to showcase its archive around big events.

To commemorate the 20th anniversary of Princess Diana’s death last year, AP went to restoration facility R3store to transfer its 35mm footage of Charles and Diana’s wedding to 4K, which AP uploaded onto YouTube.

“We got a really good response from that. Even on YouTube, it looks amazing – so much better than the TV tape archive. You can pick out faces in the crowd. It’s delightful to watch,” she said.

“We were unfashionable from 2012 until World War II In Colour found its way onto the Netflix server in 2015,” said Griffiths. “Soon young viewers began comparing Hitler to Trump.”

World Media Rights is now working with Netflix and five other partners on The Greatest Events Of World War II In HD Colour, using archive footage acquired from more than 60 sources. 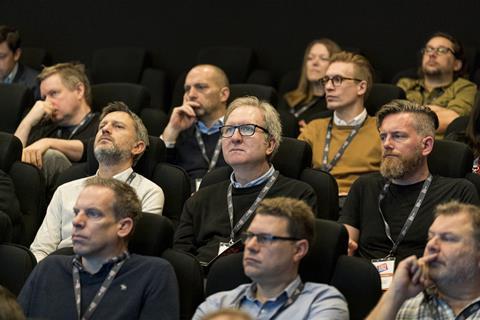 Griffiths’ take-out from the Netflix partnership is that young people prefer to watch colourised archive over black-and-white footage.

“They’re less used to seeing black-and-white and find colour more believable. Even TV networks are becoming reluctant to commission films with black-and- white archive, so there are two ways of covering historical events: colourisation or reconstruction,” he said.

The Ark Post Production head of restoration Rod Carter also welcomed OTT players’ promotion of archive content, but warned that, like broadcasters, streamers such as Amazon and Netflix are prone to shifts in focus.

“Right now, they seem to be concentrating on new programming and their pockets aren’t quite as deep when it comes to archive content,” he said.

“Even when it was, OTT players were more focused on building up their catalogue and were less likely to throw money at restoration – they’d get the rights holders to invest in that. It can be an expensive business.”

Because restoration is so costly, Carter’s key advice to rights holders looking to exploit their archived IP is to be mindful of how their archive is preserved.

“While it’s great to scan and store, you are losing information – so when you need to revisit that content or it’s going to be inserted into a new programme, if you only have a low-grade original you are never going to get a fantastic result,” he said

“It doesn’t matter how good the restoration tools are, it’s always better to go back as far as you can to the original source. Never get rid of anything that has the potential to earn revenue for you in the future.”