MAM moves to the cloud

Broadcasters and vendors are reappraising the monolithic media asset management system with a modular approach more suited to cloud business and production workflows. 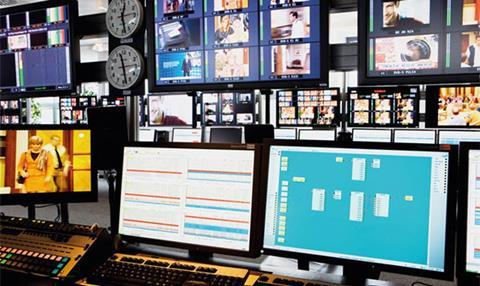 There is a widely held perception – rarely discussed – within the broadcast industry that despite all the marketing hype, media asset management (MAM) has struggled to deliver the expected benefits of time, (budget) savings and functionality. Even MAM systems vendors acknowledge that some implementations have not been a success.

“It is much the same as any business process system, where the firm generates its revenue elsewhere, but the system can minimise time spent on administration, which is time that can be spent generating revenue.”

It has always been difficult to calculate the return on investment for MAM, in part because the term itself is too broad to give a blanket answer.

“Whereas a well-executed MAM solution can increase operational efficiency and enable new distribution models and revenues, the precise savings, either forecast or in retrospect, are often unclear,” says Jeremy Bancroft, director at consultancy Media Asset Capital. 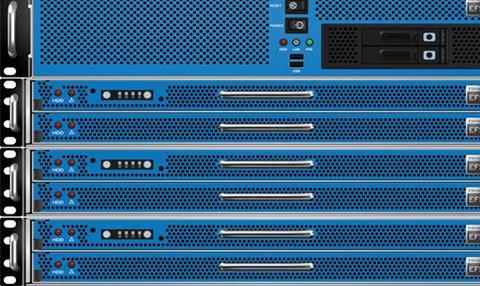 MAM is about managing content, and specifically where it is. It’s the modern version of knowing what shelf the tape is on, and the processes for moving it around. Yet at a typical broadcaster, the scope of a MAM could include supporting transmission (TX); archive and library management; production, news or graphics operations; or any combination of the above

“In TX, MAM or content preparation applications, it is relatively easy to set a metric to measure ROI – the number of man hours required to get one hour of broadcast content ready for transmission or distribution,” Bancroft says.

“This is measurable pre- and post-MAM implementation, and we would expect a 30-50% improvement in operational efficiency as the result of an expertly specified and implemented MAM solution.”

A production MAM might shorten production timescales and provide “real savings” in the production cycle, he suggests.

“Archive and news MAM are much more difficult when it comes to creating an ROI, but these solutions can significantly improve production quality by providing choice to producers.”

Even then, many MAM systems take a long time to prove. Bancroft, who has been involved with this sector for almost 20 years, says some systems have only really started to deliver in the past five to eight years.

“However, an analysis of media-processing costs, which include MAM, equipment, storage, networking, accommodation and people – which is often the largest cost – will reveal that it is often more beneficial to move to a service model than to do it in-house, no matter which MAM you have deployed,” he says.

“The concept of MAM either enabling new revenues or cutting costs is mainly a fallacy,” he says. “A MAM is the necessary glue in any large-scale file-based workflow, not a strategic broadcast system. It does not streamline or cut out manual resource.”

Deployment of MAM has reduced tape costs, he says, but added IT storage costs, “and in total, probably increased storage costs” because people now make more use of content.

“Unless a technology deployment is firmly rooted in a business benefits context, it will never deliver on any promises made or expected”

“MAM systems have reduced the headcount and costs associated with VTR handling or content operations, but that was down to file ingest and transcoding replacing tape duplication and lines recording,” he says. “In reality, good process and process enforcement deliver cost-cutting, not MAM systems.” 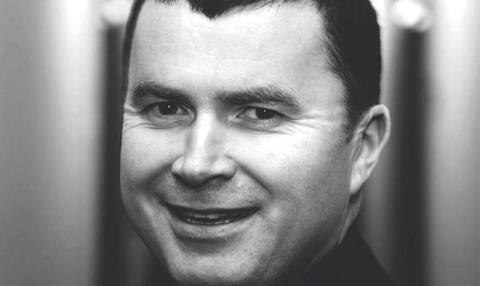 “Unless a technology deployment is firmly rooted in a business benefits context, it will never deliver on any promises made or expected,” he adds.

“With realistic expectations and a willingness to remodel processes, MAM and related technologies can deliver substantial benefits, but they don’t do it all by themselves.”

Tim Burton, managing director of IT systems integrator Magenta Broadcast, agrees: “If a project has not gone well, it tends to be because the user didn’t realise what they needed, and the result is something designed by committee: either too expensive or too bespoke. You can spend a long time delivering it and then not hit anyone’s sweet spot.”

Bancroft says he’s seen many cases of broadcasters being too prescriptive at the proposal stage. This leads to the rejection of all proposals as they cannot possibly meet the stated ‘must have’ requirements, “leaving the customer with the only option of either changing the specification or building their own solution”.

Shifting to the cloud

If decisions to invest in MAM are hard to judge now, what are broadcasters and media owners to make of shifting the process to the cloud?

“The cloud changes the options for video content providers,” says Azimi. “For example, it changes the possibilities of scale-on-demand that organisations can have. It also changes the way people can approach where to manage their content and how much content can be managed on a single system.

“It affects how it will be rolled out to users and how it will impact the workflow within an organisation. Crucially, without an overwhelming IT infrastructure, broadcasters no longer need to become an IT company to implement a MAM system within the organisation.”

Some cloud-ready systems are, however, standard MAMs that have simply been virtualised and put in the cloud. According to Azimi, this causes several problems and will never perform the same as a system built natively for the cloud.

“Virtualised solutions cannot take as much advantage of the elasticity of cloud offerings, nor can they benefit fully from automatic switching to another system in the event of failure,” he says.

“It’s not just the MAM functions that need to be cloud-based,” stresses Bancroft. “The solution needs to take advantage of processing in the cloud for rendering, transcoding, QC checking and so on.” 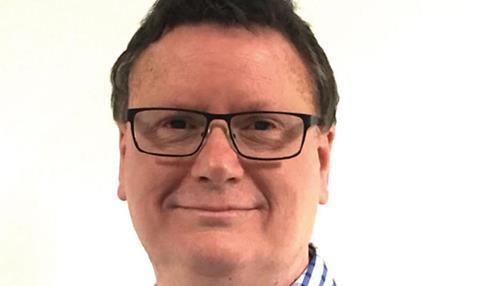 Howard Twine, director of software strategy at MAM and storage vendor EditShare, believes there are too many software solutions that are not cloud ready.

“MAM vendors are scratching their heads,” he says. “Due to the broad nature of MAM, there are so many components provided by different vendors that need to talk to one another.

“This can be challenging enough in a static and sterile facility. Add to this the changing nature of ad hoc hosted compute instances and you have all the ingredients for the perfect disaster cocktail.”

It seems the key is to view MAM as just one part of the puzzle, which is integrated with other systems and able to orchestrate and automate processes across facilities and locations.

Erik Åhlin, co-founder of API-based MAM platform Vidispine, contends that MAM will be reduced to a “comparably irrelevant software category” unless vendors can turn it into a production-based software-as-a-service.

“Whatever any video platform as a service looks like, it must be something other than just installing software on cloud and paying per month,” he says.

“The media industry must have higher expectations than that. Imagine setting up a new niche channel in a few hours with no Capex, no staff, no infrastructure and no software to run – and then measure the cost on the same terms as revenue.” 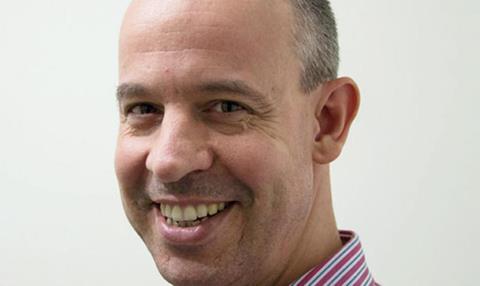 
MAM has meant different things to different people, with the consequence that functions from workflow and ingest to storage management and content processing were all wrapped under one single monolithic system,” says Tom Griffiths, director of broadcast and distribution technology at ITV.

“Broadcasters have been guilty of wanting such a monolithic MAM without understanding the challenges this represents in terms of cost, complexity and integration.”

UKTV director of operations Sinead Greenaway agrees: “Broadcasters have a history of over-architecting MAM, almost treating it as a panacea for every content metadata and image problem the business faces. MAMs haven’t kept pace with the rate of change. They become legacy almost as soon as they are plumbed into an organisation.”

ITV have pursued a more refined model, selecting multiple ‘best of breed’ MAMs and gluing them together with code written inhouse. “For some companies, the overhead may not be justifiable, but having a software development team keeps everything under our control,” says Griffiths.

“If we feel a certain MAM is no longer useful, or another might perform better, we have the ability to swap it out.”

ITV is taking this approach to the cloud. It is in a “transitional” and “active research” phase, in which some of its asset management remains on premises (such as news, where it uses Avid) and others (for content delivery) are increasingly run from data centres.

“Cloud makes a clear distinction between classic MAM products and new vendors that have built systems from scratch in the cloud,” Griffith says.

“The [latter] tend to be much more focused around a specific business challenge like managing rushes in a remote production or work in progress workflows for post.”

The cloud makes it easier to break MAM into different components “for workflow or human decision-making, automation, management of assets and the content catalogue, and content processing”.

“Another thing cloud enables is a change in the economics of production and delivery,” he adds. “We’re moving away from traditional software licensing towards more of a pay-as-you go model.”

Instead of a ‘super MAM’, UKTV also sought a more modular approach, beginning with storage in the cloud and handpickingMAMs for the workflow.

“Avid Interplay works well for post-production,” says Greenaway. “This interfaces with the MAM, which [outsourced post-provider] The Farm uses.”

“We need more modular MAM tools that can cater for the vagaries of all workflows,” she adds.

“Yet there are structural problems as an industry with moving MAM to the cloud. In theory, we can put MAM in the cloud, but in itself it’s not doing anything until we know how our workflow will work.

“That in turn demands a rethink about common standards and security. It still feels that cloud workflow is nascent and the industry is struggling under the weight of service provision.”

Vidispine clients will be doing this before the end of the year at large scale. “Ultimately, cloud is how the chief financial officer steals the ‘media supply chain’ agenda from the chief technology officer,” Åhlin says.

The trend is that more tasks are moving from in-house to specialist service providers where MAM is just part of the service. Broadcasters and media owners don’t want – and, in many cases, can’t afford – the capital expenditure to build media processing operations or the operating expenditure to hire, train and retain the people needed to scale these tasks.

“The simple economies-of-scale argument suggests that MAM will ultimately be moved to service providers who will deliver a fixed cost per asset processed model,” says Brotherston.

“It’s not just the broadcasting industry. Looking at enterprises that are desperately trying to reduce data centre sprawl by virtualising and using software-as-a-service for tasks such as customer relationship management or enterprise resource planning – the move to an as-a-service model makes a lot of sense and MAMs will have to adapt accordingly.”