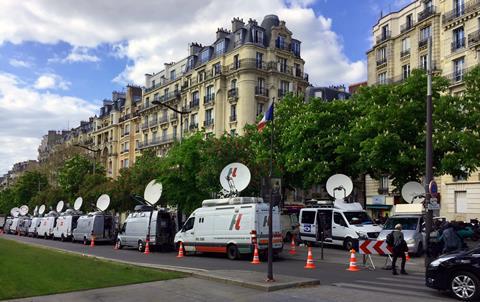 Headline NFP has provided studios, live and video production in Brussels for more than 20 years - and has worked with clients including BBC News, Euronews NBC, France Télévisions, RTE, and China’s CCTV.

DMA Media said the acquisition means it can now provide specialist support and technical consultancy for its own news clients, as well as expanding the reach of Headline NFP in Europe and beyond.

DMA Media’s founder and group CEO Rob Beynon, said: “There’s nobody better at doing news than Headline NFP. They have the technology, the inventiveness and the facilities to keep the most demanding broadcasters in the middle of the Europe story, reliably and efficiently.”

Headline NFP founder and CEO Hans Deforce said: “This is a win-win for Headline NFP and the DMA Media Group. It means we can now use our expertise and resources for news broadcasters everywhere.”

Previous DMA Media launch projects include the BBC’s Arabic and Persian news channels, TRT World in Turkey, DMC News in Egypt. It has also launched channels in Pakistan (Samaa and CNBC), India, China and the Middle East. It recently completed a 12-month consultancy project to restructure the news operations at STV in Scotland.

Headline NFP has studios and live positions a short distance from the EU Parliament and Commission headquarters.