​Performing in the age of motion capture 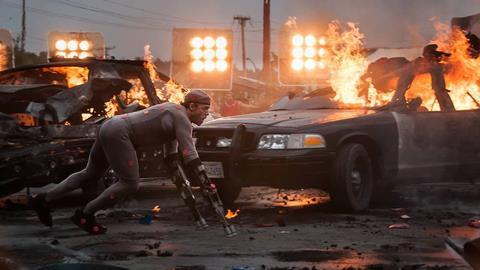 Getting in the mind of a character is nothing new for actors. From complete body transformations to deep method acting, preparation has always played a critical role in developing a realistic, engaging performance.

However, this wasn’t always the case for digitally rendered roles, as previously an actor’s involvement would end at lending their voice and likeness.

The movement and physicality of the character would be dictated by the VFX team, similar to a character in an animated film.

But the evolution of motion-capture technology has since enabled actors to bring their own physicality into digitally created characters.

While wearing a mocap suit, actors can move around a sound stage as they would a regular set, with head-mounted rigs capturing facial expressions. Actors now have the same level of preparation work for the role of a non-human character like an ape or a dragon, as they would for a human character, like a doctor or a lawyer.

Mocap has been embedded within the film industry for some time now, with actors such as Andy Serkis, Benedict Cumberbatch and Cate Blanchett being just a few of big names who have acted with the technology. Despite this, there are still wider misconceptions around mocap, with many dismissing it solely as a filmmaking tool.

What many fail to understand is that there is a deeper level of preparation work involved in a motion captured role, which goes all the way through pre to post production.

Casting directors are now more considerate about the relationship between the actor and the digital character, with movement, scale and overall suitability at the forefront of talent searches.

The goal is to have an actor who is able to convey a realistic performance that informs the story. A mismatch between an actor’s physicality and the character’s appearance can break the suspension of disbelief in the eye of the viewer. Casting for mocap actors is therefore as important as casting for live production.

Casting mocap actors for digital humans with whom they share a likeness seems logical, but what do casting directors need to consider when the digital characters aren’t human?

With Weta Digital capturing actors for the planet of the Apes, Animatrik helped out by providing mocap services for the actors to train as Apes. The Filmmakers sought actors with athletic experience who could replicate the movements of the apes, which required a set of skills not every actor typically possesses.

For another project, Warcraft, Animatrik needed actors at the larger end of the scale and used actors over seven feet tall to play the roles of the Orc characters. Taller actors were able to carry their weight, and occupy space on the sound stage, in a way that smaller actors would find difficult to replicate.

On top of this, an actor’s preparation for a motion capture role can be a lot more complicated than one may realise.

Andy Serkis, who has been acting with motion capture technology for over 20 years, has been vocal in the past about how he feels motion-captured performances aren’t given the respect they deserve.

While the technology for motion capture is wearable, acting with mocap requires a set of skills. Stepping into a motion capture role may seem as simple as wearing a skin-tight suit (granted, this in itself isn’t easy for everyone), but many actors can struggle with physically expressing themselves if they are unfamiliar with what the process entails.

Less experienced actors often need help bridging this skills gap from a movement choreographer, like Terry Notary. One of the most experienced in this field, Terry has worked across multiple Animatrik projects, including Planet of The Apes and Warcraft.

Mocap coaches work as a bridge between the character designers and the actors. First, they will collaborate with the production team to work out how they want the characters to move. Once the characters’ ‘universal movements’  have been decided, they then set about training the actors in a sound stage. During this process, the actors begin to develop ‘muscle memory’ and embody the character’s movements – similar to method acting, but more physical. The presence of someone with a deep understanding of motion capture and movement, like Terry Notary, on set can be the difference between a great or a poor collective acting performance.

While the role of the actor is crucial in creating a character with mocap, the role of post-production should also be respected and can often be understated,, particularly in the cases where non-humanoid characters are involved.

For example, in Neill Blomkamp’s District 9, the ‘prawn’ characters were performed with motion-capture, but required further focus in post-production on account of their ‘canine-like’ extra ankle. Even if the actor performs brilliantly in the mo-cap suit, all believability can be lost if the character mapping process is then put in the hands of an inexperienced team. In that sense, it’s like a translation, and a poor translation can become ineligible. Each individual movement is unique and has a lot of detail, so to bring across onto the character takes art, talent and engineering.

Every craft requires a craftsman, and motion-capture is no different. It takes a level of artistry and creativity to harness motion capture in production and realise the vision of the producer or the director. From finding an actor who can best match the physicality of a designed character to a performer learning how to best embody a role, expertise at this level is key to creating a credible story that compels the audience. 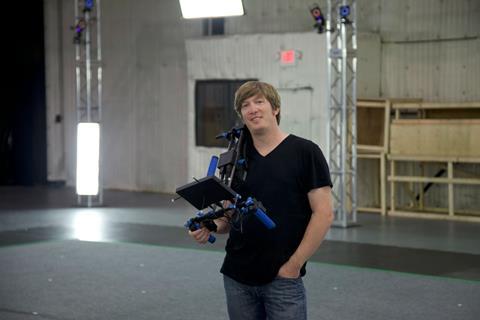 Brett Ineson is president and CTO of Animatrik Film Design