Highly respected grading artist explains the changing role of the colourist, from the film lab to digital grading to working through the corona pandemic 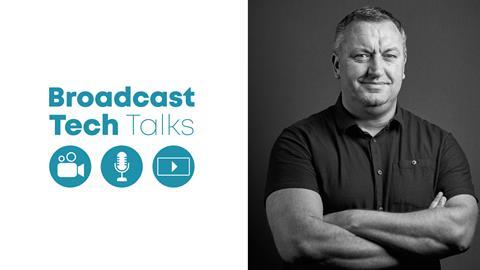 Senior colourist Paul Ensby began his career in 1990, following his father and grandfather’s footsteps into the film lab. He started as a 35mm laboratory feature timer and moved to digital grading in 2001.

Since then, Ensby has notched up an impressive credit list, including Ridley Scott’s Kingdom of Heaven, Guy Ritchie’s The Man From U.N.C.L.E, Asif Kapadia’s Oscar winning Amy and Josie Rourke’s Mary Queen of Scots.

After some years working at a number of other facilities, Ensby has now rejoined Technicolor where be began and spent the majority of his career.

He speaks to Broadcast Tech editor Jake Bickerton about his life as a grading artist, and the changing role from the film lab to digital grading and working through the coronavirus lockdown.

You can listen and subscribe to the Broadcast Tech Talks podcast series in TuneIn, iTunes, Spotify and the Apple Podcasts.