Post-production uncovered: One Of Us on Munich - The Edge Of War (Netflix) 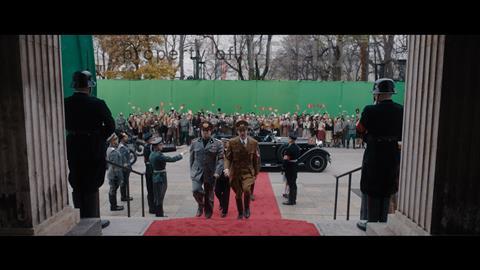 One Of Us has revealed the work it completed for Munich - The Edge Of War, a Netflix historical thriller based on the international bestseller by Robert Harris.

Directed by Christian Schwochow (The Crown) and filmed in the UK and Germany, it explores the tensions between Adolf Hitler as he prepares to invade Czechoslovakia, while Neville Chamberlain’s government desperately seeks a peaceful solution.

Supervised by Theo Demiris and Jacopo Landi, One Of Us delivered a total of 215 VFX shots, including environmental work, CG assets and set extensions.The VFX house was involved with production from the very beginning, allowing for a close relationship to be built. 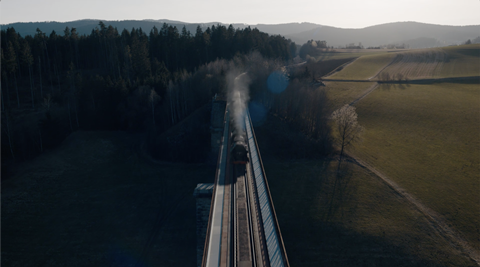 One Of Us director Dominic Parker explained the aim of the work: “Visual effects for historical films are the kind of work which, if done well, is invisible, and at the same time integral to the storytelling.”

CG supervisor Felipe Canfora had to combine art with historical research in his work, for example when creating Hitler’s train. Canfora watched many documentaries for the right references to ensure the lighting and all the minor details were correct.

Moreover, One of Us shot this sequence with a large LED wall of over 150sqm - designed by the team in partnership with virtual production supervisor Marko Massinger - rather than on a green screen. 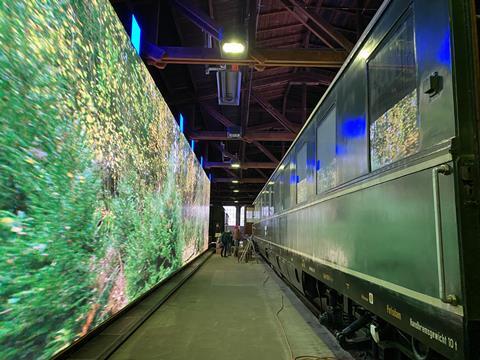 Demiris said: “Hitler’s wagon was made out of reflective mahogany wood and shooting with an LED wall offered incredible interactive light and reflections. It looked real and it saved us about 50 VFX shots and added so much value to the picture.”

According to Landi, who supervised the delivery of the film with 2D supervisor Guillaume Menard, the most challenging aspect was to replicate historical environments that don’t exist in the modern day. For instance, the team worked on a sequence where a giant barrage balloon, used at the time to protect the city from the bombs, was collapsed onto a building. 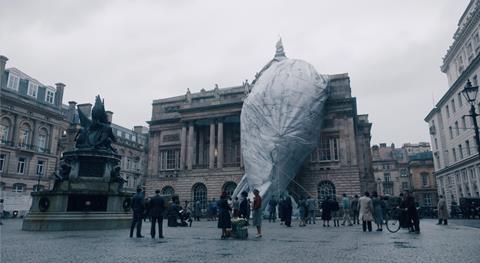 “That was probably one of the hardest shots that we did,” explained Landi. “The director wanted it to look like a ‘monster’ in a sense that he looked alive and scary at the same time.”

The team built the model from scratch. Landi continued: “We needed to find the right material to use as reference for this particular texture, and make sure the lighting, animation and movements were correct. “The director wanted the structure to look messy , as it needed to be partly inflated and partially  deflated, with extra details like hanging ropes.” In the final film the shot counts for only 150 frames, but it took the team almost two months to bring to life. 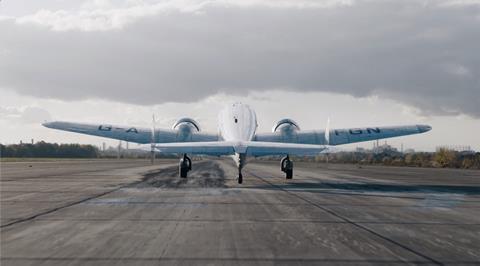 The locations in the UK and Germany have changed a lot since the war, so representing the correct architecture of the period was key. Landi explained how they worked with set extensions to enhance the Führerbau building in Munich and the surrounding area, but also to recreate the long and intimidating streets of Berlin at night time: “The shallow depth of field creates this nice light bokeh effect in the shots.”

The director wanted to emphasise imperfections by adding flickering lights that could create lens anomalies, plus additional elements, such as smoke and dirt where needed. He was very thoughtful toward background action and directed One Of Us to add a lot of life, cars/buses in the background, flickering billboards, people etc. 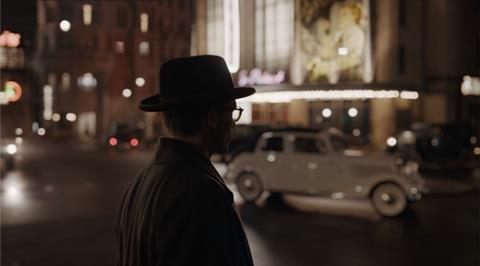 Landi mentioned: “In this film everything is a bit rough and messy. It didn’t need to be beautiful in terms of being perfect. It needed some sort of imperfection that sometimes is even harder to get.”

VFX producer Ali Griffith’s favourite sequence was the very opening scene of the film: the Oxford skyline at night time. She said: “The director wanted it to be more distinctive looking and to make sure that viewers immediately recognized it as Oxford,” adding, “The opening Oxford sequence pleasantly surprised me because it ended up being much more beautiful than I thought it would be.”

After seeing the end product, producer Andrew Eaton even said: “You know it doesn’t happen all the time, so it’s all the sweeter when it does. Christian [Schwochow, the director,] set the bar very high for us all, but thank you for all your work and for making it such an enjoyable and satisfying experience. I hope it gets the recognition it deserves.”