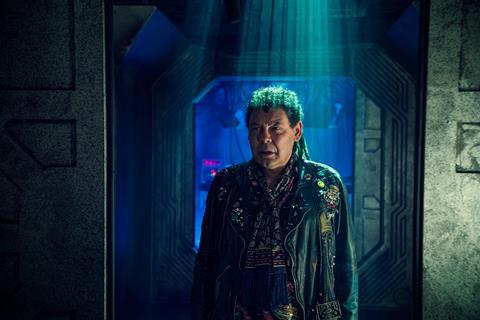 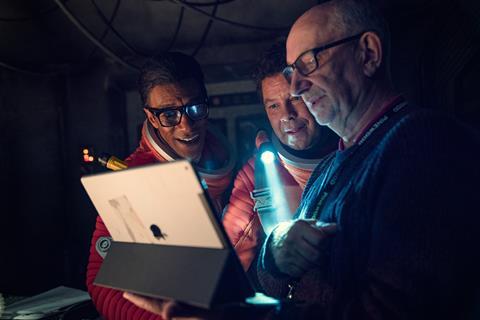 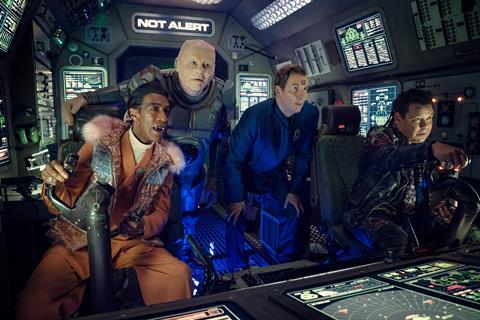 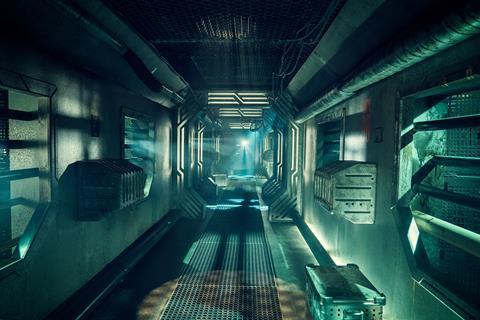 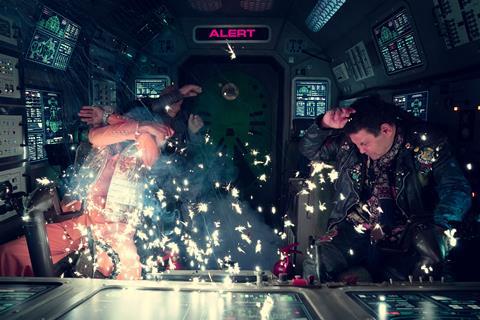 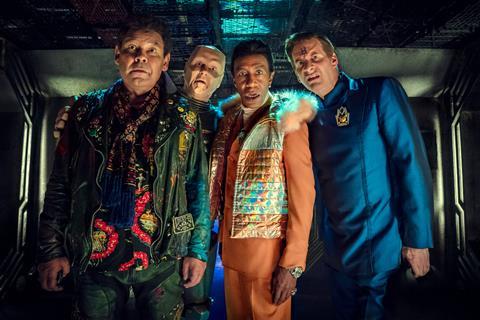 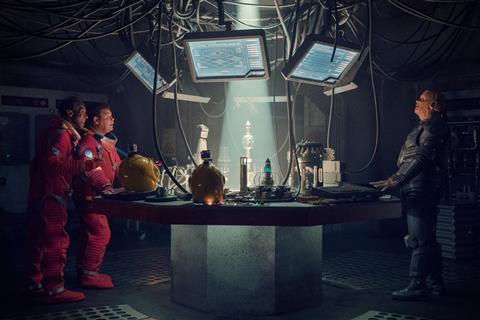 Red Dwarf: The Promised Land is a 90-minute special of the sci-fi comedy, reuniting the original cast of Chris Barrie (Rimmer), Craig Charles (Lister), Danny John-Jules (Cat), and Robert Llewellyn (Kryten). It was recorded in front of a live studio audience over two nights at Pinewood Studios.

Alan Levy did the offline edit at Pinewood-based Outpost Facilities, creating temporary VFX shots to give production an idea of timing and pace, as well as opening up pre-recorded material – to play into the live audiences and once laughter was recorded, to tighten it all up again in readiness for online.

The grade was completed by Harry Conquest at Narduzzo Too using Digital Vision’s Nucoda. Using an uncompressed round-trip workflow between the conform, grade and online; the picture quality from the Arri Alexa was maximised at every stage. As the edit was based in the same building as the finishing post, the grading team were able to discuss looks with production early on in the shoot.

Director Doug Naylor, DoP Ian Adrian and producer Richard Naylor worked with Conquest to finalise the look in the four-day grade. Knowing that there would be a substantial amount of VFX shots – over 500 in total were made by Outpost Facilities and Axis Studios – a seamless workflow between conform and the grade was developed, allowing for the delivery of VFX shots while the final grade was taking place. This was a necessity due to a post-production schedule of just six weeks.

Howard Jones, VFX Supervisor, Axis Studios, said: “Our main work was providing the big VFX shots; things like spaceship exteriors, CGI moon, and explosions. We came to script meetings to get an idea of what would be needed and how the budget would work for us. Most of the first half of the special is set around a new spaceship, the Iron Star, while the second takes place on a desert moon. One of the special’s action centrepieces involves the explosive destruction of the Iron Star, which we ran as a Houdini simulation, with the ensuing debris field also created procedurally in Houdini. Doug suggested the explosion of the Death Star in the Star Wars films as a reference point.

”The script also called for a scene where the show’s iconic Starbug ship has to decouple in space so we built, modelled and animated a new version of it in Maya that could break off into two separate parts. We textured it in Substance, and then lit and rendered in Houdini. The space shots of the desert moon that Starbug crashlands on was created in Terragen, while for close-ups of the moon’s surface we used DMPs based on a location in Jordan. The Cat fleet of spaceships, which is the first big visual and big gag of the episode, was taken from a Post-It drawing by Doug and based as closely on it as we could get. Parts of the special were recorded live in front of studio audiences on two nights, so we provided pre-viz for the effects in Maya which could be played back as the audience were watching the live recording. We completed all our compositing for our effects shots in Nuke.”

Nigel Gourley, managing director, Outpost Facilities, adds: ”Our senior online editor David Chisholm completed the conform and online in Avid Symphony. The conform was one of the most complex we have done, as it involved many different frame sizes, cameras and codecs. We needed to keep the native resolutions of any shots that needed VFX work. Most of our VFX work was completed in After Effects, with Mocha for object removal, tracking and rotoscoping. There was extensive rotoscoping providing multiple layers of mattes and fills for the grade. We gave a lot of thought to the workflow between conform, grade and online to deliver a complex film in a cost-effective way. Once graded, we took the film back into Avid with BorisFX for the finishing touches and final online. We created the UK DPP files directly from the online.”