Union was sole VFX vendor for the WW2 feature film 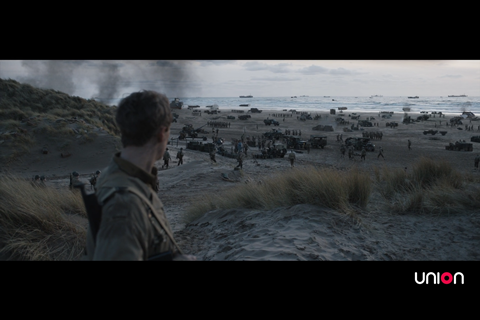 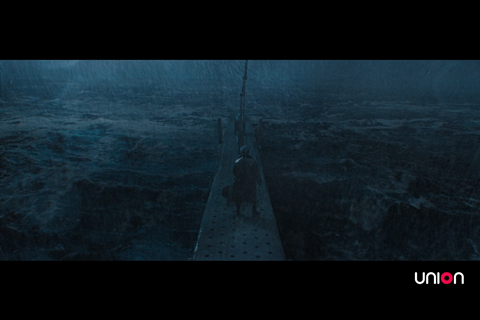 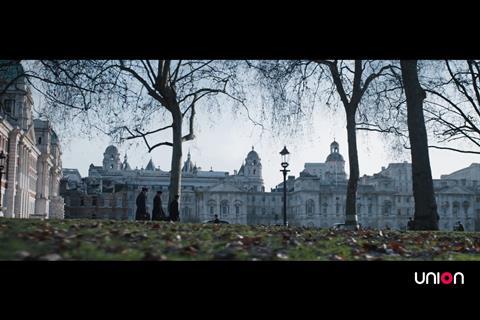 Released in the UK and Ireland this month, with the US to follow on 6 May, Operation Mincemeat stars Colin Firth, Kelly Macdonald, Matthew Macfadyen, Penelope Wilton, Johnny Flynn, and Jason Isaacs. Based on a true story, it is set in 1943 and follows two remarkable intelligence officers, Ewen Montagu (Colin Firth) and Charles Cholmondeley (Matthew Macfadyen) as they dream the most inspired and improbable disinformation strategy of the war - centered on the most unlikely of secret agents: a dead man.

Directed by the Oscar-nominated John Madden, known for his work on Shakespeare in Love, the script for the film was adapted from the book of the same name by Ben Macintyre and is produced by See-Saw Films (The Power Of The Dog) and Cohen Media Group (Howard’s End), in association with Archery Pictures (Miss Sloane). 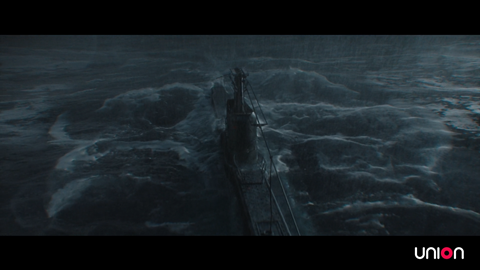 Union was involved from script to delivery to recreate key moments in the story, including a fully CG submarine and numerous matte paintings to create environments of a war town London, stretching from Horse Guards Parade to Whitehall. The Union team was led by creative director and VFX supervisor Simon Hughes.

Director Madden said: “I valued the collaboration on this immensely, and the skill, patience and imagination Union brought far exceeded my best expectations. The shot of the submarine surfacing which begins the film is very cool and truly thrilling, establishing a narrative confidence that challenges the film to match it. The best thing is that you don’t even think about how we got the shots - they just did their job so well. Judgment throughout was spot on, and I was really grateful for your endless willingness to adapt while we figured out exactly what we wanted.” 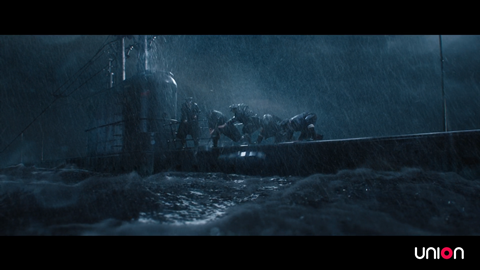 The HMS Seraph submarine scene was shot at Twickenham studios on a partial set built against green screen and the submarine was added in post, along with complex water simulations in the rain. The same submarine was also used in a series of full CG shots, from the opening scene with the vessel in stormy waters, to the re-emergence at Huelva beach at night. 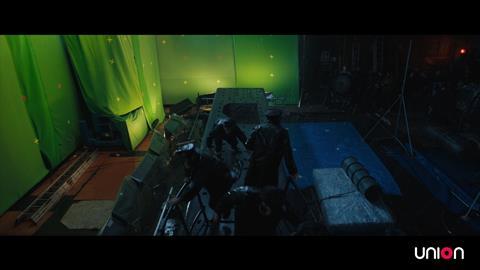 For the USS Shubrick approaching Gela, the real HMS Cavalier was filmed at Chatham Dockyard and then partially replaced with the CG Shubrick and added into a CG stormy ocean as it powered towards Sicily, requiring wake and ocean creation as well as a flotilla of ships. An additional number of shots were created showing the troops final arrival and the storming of the beaches with CG landing craft and destroyers in the oceans. 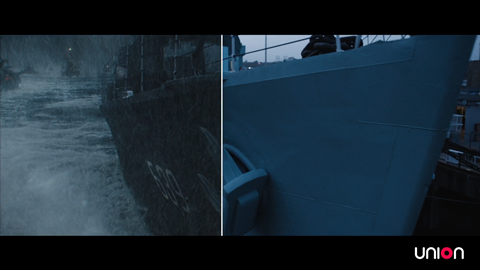 Once the battle was complete, a final shot was created showing the aftermath the following morning, a 600 frame plus shot which revealed the full scale of the battle that had commenced at night the previous evening. The shot was achieved using a combination of CG crafts, vehicles and props and a number of plates of soldiers marching on the beaches, all with a view to historical references gathered to create an authentic feel.