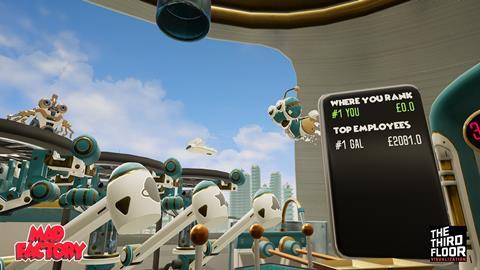 Visualisation studio The Third Floor, which shares its London HQ with Framestore – on the third floor – has expanded into game design, creating a VR game called Mad Factory.

Supplementing its previz services, The Third Floor’s move into VR game design is an attempt to tap into the emerging VR arcade scene, which its creative director Michael Ogden says is breathing new life into the VR industry.

The Third Floor’s original work is a “game for people who think they don’t like VR,” adds Ogden. “Early versions have been a big hit at a number of recent VR conferences, and it always draws a crowd.”