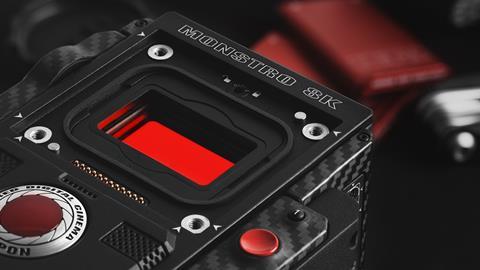 Red has launched the Monstro 8K VV; a full frame sensor for its Weapon cameras. It describes the Monstro as an “evolutionary step” beyond its previous 8K sensor, the Dragon 8K VV.

Its key improvements are “in image quality including dynamic range and shadow detail.”

Anyone who has already ordered the Dragon 8K VV will be offered the Monstro 8K VV instead.

Together, the Weapon and Monstro are being packaged as the Weapon 8K VV. The camera and sensor together capture 8K full format motion up to 60 fps.

The Weapon with the Monstro 8K VV sensor is £70,785, which gets you what Red calls the camera ‘brain’.

The VV stands for Vista Vision, in case you were wondering.