Seven free seminars take place on stage, which will be accompanied by a Virtual Production studio powered by 80six Ltd. 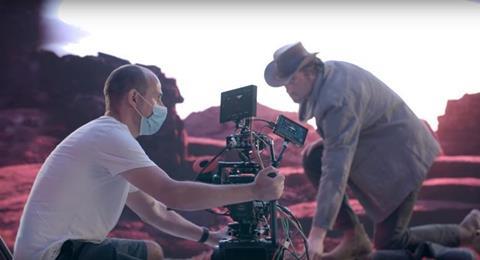 The Media Production and Technology Show at Olympia London on 11-12 May 2022 will host two days of free-to-attend seminars focused on audio.

The show is run by Broadcast Tech’s parent company MBI, and is the UK’s biggest annual event for the television production sector. It’s both an exhibition and conference covering all genres of TV and all aspects of production (pre-production, production, virtual production, post and distribution).

MPTS 2022 features keynote sessions from Louis Theroux and Adam Deacon, and an audience of more than 7,000 are expected to attend the show over the two days.

The virtual production stage will feature sessions on Why your Virtual Production needs Talent Tracking, Using Virtual in your Next Production, Balancing the budget on XR, and more.

The sessions are accompanied by a virtual production studio powered by 80Six Ltd.

The full Virtual Production Theatre seminar programme at MPTS 2022 is:

Kick off your MPTS with this opening fireside chat with Jamie Allan, Head of M&E at NVIDIA EMEA, and Executive XR/MetaTech Producer Muki Kulhan as they discuss the technologies and skill sets which have evolved and combined over the years to give us today’s boom of Virtual production, and a look ahead to what we can expect in the future as technology vendors and creative geniuses continue to push the envelope of innovation in this space.

In this session, we’ll take a look at what talent tracking is and how it can be used to give your talent more freedom on virtual sets, enhance your storytelling and create better looking virtual productions

How to build a Metaverse production studio (30 minutes)

Dock10 have been producing award winning virtual studio content for global broadcasters since 2019 including flagship sports programmes like Match of the Day, esports tournaments such as the Grand Turismo World Championship and high-profile brand engagement films for Under Armour. This session will outline the process behind the creation and delivery of the education format Bitesize Daily and how the technology deployed is moving the facility towards creating content for the Metaverse.

Grab your popcorn and enjoy this five-star feature presentation about the metamorphis of the golden age of filmmaking, and how major studios and production houses have grown into this modern age of cutting and bleeding edge production workflows and real-time pipelines.

Digital Humans are everywhere, but have they come in peace or here to take over our worlds, both IRL and ‘in-verse’? Join us for this deep dive chat with award-winning Dimension Studios as we unpack a state-of-the-art avatar production, including photorealism/hyper-realistic vs CGI, photogrammetry reconstruction, real-time game-engine enhancements, AI simulation, motion capture, volumetric capture and much more.

Behind the Scenes of Virtual Sports Studios (30 minutes)

Balancing the budget on XR (30 minutes)

Extended Reality (XR) is all the rage for film, broadcast and live productions. But large LED-volumes and stages don’t come cheap. In this session we’ll look at some of the costs involved with XR but we’ll also look at where you can make savings and maximise productivity.

Into the LED Volume: Virtual Production Insights from the Studio Floor (35 minutes)

How are LED Volumes and Unreal Engine revolutionising the film, TV, and advertising industries? Showcasing VP projects filmed at Virtual Production Studios by 80six, the talk brings together a wealth of insights & production tips on how to capture in-camera visual effects (ICVFX) within an LED Volume.

Visual effects, graphics and cutting-edge animation tools and techniques are becoming more sophisticated as we create to meet the hi-quality expectations of producers and fans alike. Join BBC Click’s LJ Rich who’ll chat with the some of the industries finest as they unpack what’s in store for VFX in Virtual Productions.

Head in the Clouds & Living on the Edge (35 minutes)

We all know remote virtual productions depend on robust cloud infrastructure to come alive, and we need to stay on our toes to keep up with the rapid changes as we also will lean back on the power of Edge productions too. Check out this session to stay ahead of the VP game.

Artificial Intelligence, Machine Learning and Universal Scene Descriptions are breaking innovation boundaries in 3D world build and character creation pipelines. Tuck into this must-see session that will showcase some of the industry’s most exciting use cases in action.