New product aims to build on the success of Bandersnatch, enabling the straightforward production of interactive films 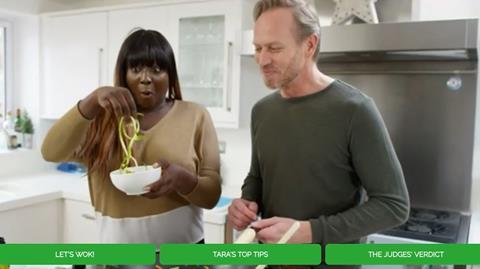 A new production tool called Stornaway has been launched to enable interactive films - such as the likes of Black Mirror: Bandersnatch – to be created without coding.

The product makes it possible for TV and film production teams to visually map out their stories, connect their story maps to non-linear scripts, edit collaboratively, and deliver playable films to streaming services.

The product was created by co-founders Kate Dimbleby and Rupert Howe, who began work on Stornaway several years ago. They say that the complexity and costs of creating interactive films led them to come up with a more straightforward solution.

The company has been working with a number of UK and US producers for the last few months, on interactive projects spanning children’s, natural history and drama for different streaming platforms.

During lockdown, as producers seek alternatives to live shoots, many are looking at the possibilities for interactive projects using archive or short form clips, says the pair.

Howe says: “Non-linear storytelling is going to be a revolution in the 2020s. Streaming interactivity will transform the way we can tell stories with multiple points of view. Until now, creating them has been too hard and expensive. To realise the amazing potential of these new stories, we needed a creative application designed for storytellers, not engineers. That’s why we made Stornaway.”

Dimbleby adds: “We offer the only system that is aimed at indies working with all the big streaming platforms. We’ve made something that production teams really like using. We see a future where Stornaway is a core writing and production tool for this non-linear world.”

Stornaway starts at US$50 per month per user. To sign up for a 7 day trial, visit www.stornaway.io