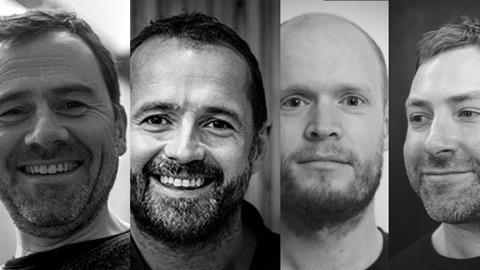 MacCormaic will continue to oversee the operation of The Farm, while reporting to Streamland Media chief executive officer Bill Romeo.

Streamland Media has also revealed that Paul Austin, previously managing director for The Farm Manchester, has been promoted to managing director of Unscripted. The move is a result of The Farm’s growth and continued expansion into unscripted programming in the UK.

Adam Morris has also been promoted to technical director, which includes leading all technical, IT and engineering functions at The Farm across the UK.

Further changes include Chris Swan joining as director of projects and innovation for The Farm.

MacCormaic said: ”It is a privilege to lead The Farm at this time of transition alongside an amazingly strong, dedicated, and talented team. We are excited to be growing, winning big contracts, and diversifying our revenues. We are looking forward to the future with a great deal of optimism.”

Austin adds: “It is an incredible opportunity to drive The Farm forward at this time of evolution in the industry. To work with our outstanding talent pool across the UK supported by the best technical infrastructure on so many brilliant projects is a dream role. I cannot wait to get going.”

The Farm’s recent credits include Formula 1: Drive to Survive Season 3 for Netflix, Spitting Image for BritBox, and The Lateish Show with Mo Gilligan for Channel 4.