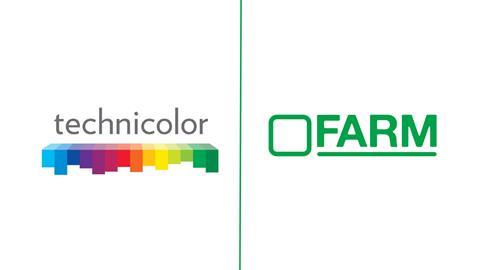 The Farm Group has acquired all the assets of Technicolor’s post-production and VFX businesses in the UK.

The companies involved are the businesses operated under the ‘Technicolor Post’ and ‘Technicolor VFX’ brands, and not Technicolor-owned facilities such as The Mill and MPC.

The acquisition is expected to be completed by 30 April 2021.

The latest announcement from Streamland Media, that The Farm Group has acquired Technicolor, appears to be formalising the details of the ‘merging in’ of Technicolor Post into the Streamland Media portfolio, as mentioned at the time of the initial acquisition.

Streamland Media operates numerous high-profile post-production businesses internationally, including Picture Shop, Finalé, The Farm, Ghost VFX, Formosa Group and Picture Head. It is headquartered in Los Angeles, and its businesses are based throughout the US., Canada, Europe and the UK.