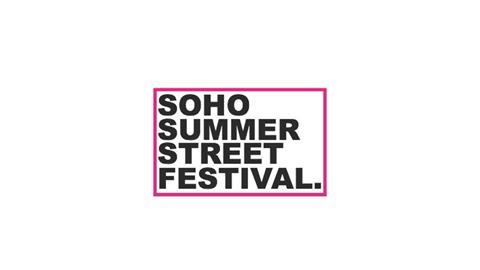 UK Screen Alliance is concerned about plans for al-fresco dining in Soho, which it says could disrupt many of the VFX and post-production companies in the area.

Westminster City Council (WCC)’s plans include street closures in the Soho, Covent Garden and Oxford Street areas from 5-11pm, to enable restaurants to set up dining tables in the roadway.

UK Screen Alliance has also singled out the ‘Soho Summer Street Festival’ campaign as another development that could impact post-production, hire companies and VFX facilities.

This plan proposes temporarily pedestrianising Dean St, Old Compton Street, Greek Street, Frith Street and Soho Square from 9am to 11pm each day. This would lead to difficulty accessing many companies in Soho’s facilities sector for any deliveries of tech equipment, media and so on.

UK Screen Alliance has been in touch with Westminster councillors to raise the concerns of the post-production community to both the ‘Soho Summer Street Festival and al-fresco dining plans.

It has asked WCC to clarify if this plan is an emergency measure for this summer only. UK Screen Alliance believes that any suggestion of an open-ended or permanent arrangement should be subject to a much deeper consultation to ensure continual easy access for businesses of all sectors.

Neil Hatton, CEO UK Screen Alliance, said: “We fully appreciate the seemingly impossible position of the hospitality industry during the Covid-19 lockdown and we want to be supportive neighbours by finding an acceptable temporary compromise that helps everyone stay in business. The TV and film industry is very image conscious and for our companies to be flanked by boarded-up premises is not a good look. The buzz of Soho is one of the reasons why the film and TV companies choose to be based there and we are keen to see normal life and business return as soon as possible.”

Nick Long, MD of editing kit hire firm Salon, added: “Soho represents a vibrant blend of both creative and hospitality industries (as well as many residents). The two thrive and survive off each other and have done for decades. Both sectors have been hit hard by the recent pandemic so a workable solution which can drive forward a recovery for all is more than welcomed. Achieving a fair balance will be key.”

Meanwhile, Carol Humphreys, MD, Grand Central Recording Studios, said: “Soho Estates [who is behind the ‘Soho Summer Street Festival’ plan] seem to be the only people that WCC has bothered to consult with - Grand Central hasn’t heard from WCC. Why not? This policy should have a start and end date and currently it doesn’t. It is obviously pedestrianisation of Soho by stealth.”