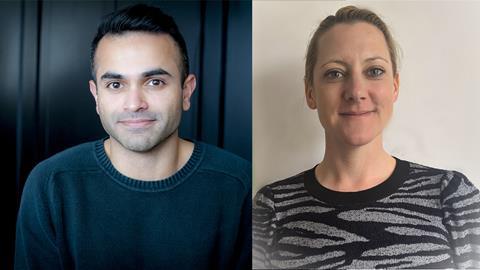 Unit has taken on Suraj Harrington-Odedra joins as head of CG and Abigail Klimaszewska as head of production.

Harrington-Odedra is an award-winning VFX artist, widely known as Sid, who started at The Mill 15 years ago. One of his most acclaimed pieces of work is the pop promo for The Chemical Brothers’ Wide Open, which won a plethora of industry awards for its visual effects.

His other standout credits include Nike Take it to the Next Level, directed by Guy Ritchie, and, most recently, Coca Cola’s Christmas 2020 commercial, directed by Taika Waititi.

Harrington-Odedra said: “I’m thrilled to be joining the incredible team here at Unit. I’m excited to help expand our 3D capabilities as well as grow the crew in order to really push our VFX shots to the next level.”

Unit managing director Ian Luxford adds: “I’m absolutely delighted Sid has joined Unit. His reputation as one of the most well-respected CG supervisors in our industry precedes him. He has collaborated with some of the finest directing talent and agency creatives out there.”

Klimaszewska said: “As with many companies in our industry, we are finding new ways to navigate our offering during the pandemic. But I am really excited to have joined at the same time as Sid Harrington-Odedra, which will not only elevate our 3D offering but also complement and add an extra dimension to the existing well-established talents of the colour, audio, design and online departments.”

Luxford adds: “After long and successful stints as head of production at both The Mill New York and Glassworks London, Abi’s professional credentials to take on the role were never going to be in question. Most importantly, she is one of the nicest, kindest people you will ever meet.”