The catalogue spans more than 30,000 music tracks from some of the world’s most popular shows 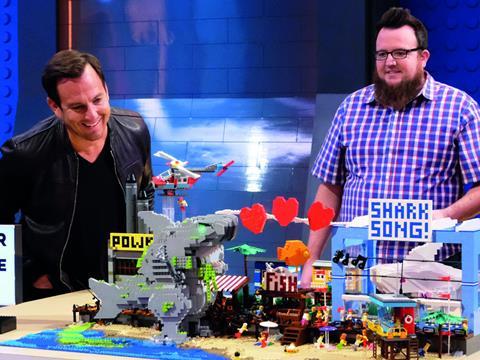 Under the terms of the deal, UMPG will work with Banijay Brands – which includes shows such as Peaky Blinders, Survivor, Temptation Island, Lego Masters (pictured) and Hunted – to represent Banijay’s catalogue of more than 30,000 music tracks from some of the world’s most popular shows.

Banijay’s operations span more than 120 production entities across 22 territories and its catalogue spans in excess of 110,000 hours of content. Banijay Brands manages much of its commercial exploitation, including music, and the new partnership with UMPG focusing on maximising music-related revenues and commercial opportunities worldwide.

UMPG is currently home to some of the most universally recognised themes from broadcast, stage and screen, and will now be joined by those from Banijay’s most successful show brands.

UMPG UK managing director, Mike McCormack, said: “This new partnership with one of the leading, most ambitious and creative new media companies in the world is an extremely important one for UMPG, not only in the UK but globally. We look forward to a mutually successful collaboration.”

Antonia Gilham, global director, music and secondary rights, Banijay adds: “In a world where IP is king, exploring new avenues for exploitation is key and through this collaboration, we have no doubt there is room to further innovate our revenue streams to bring additional value to our creative home.”

Jane Carter, Universal Production Music UK managing director and vice president of global repertoire, said: “We are extremely proud to be in a production music partnership with Banijay. With Universal Music’s global offices and expert teams working alongside Banijay productions, we look forward to supporting their portfolio and working collectively on ground-breaking new initiatives.”