The setup enables a chat show format to be created during lockdown, with only two frames of latency between the participants 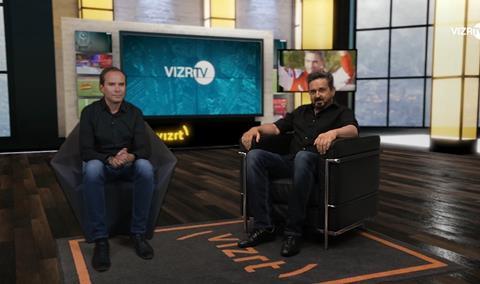 Vizrt has demonstrated authentic-looking ‘teleportation’, with two presenters appearing to be sitting in the same studio, despite one being in Bergen, Norway and the other in Vomp, Austria (more than 2,000 km apart).

They are able to chat together, appear to have eye contact and interact with the virtual environment around them.

It’s made possible using IP/public internet and the built-in Fusion renderer in Vizrt’s Viz Engine 4.1, using two Matrox Monarch Edge devices to send and receive streams from Norway to Austria. It was created with only two frames of latency for audio and video. 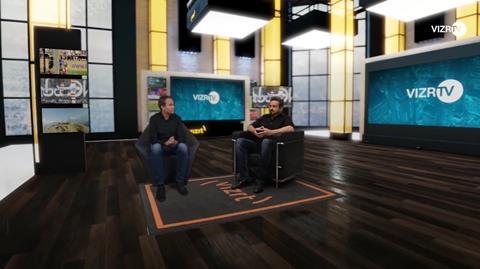 The creation of the software enabling the teleportation demo was pushed forward several months due to the increased demand for such a setup while social distancing mandates are in place.

The demo of teleportation was made as a form of marketing via the company’s VizrTV online platform, and during the demo, the participants – Chris Black (head of brand and content for the Vizrt Group) and Gerhard Lang (CTO for the Vizrt Group) – explain how it’s done. The demo was set up in around three days.

Lang said: “The ability of Viz Engine 4.1 to key two or more independent streams at the same time while rendering and compositing everything together is the real magic here. Getting good quality video from Chris’s location with very little latency to the Viz Engine 4.1 in Austria via public Internet was crucial for the keying quality and natural dialogues.”

Black adds: “The end goal should always be that the technology is an enabler, not a distraction. So while we can do amazing graphics, it’s more important that we can bring two people together in a nearly seamless way so they can have a natural conversation in real time, despite the distances involved.” 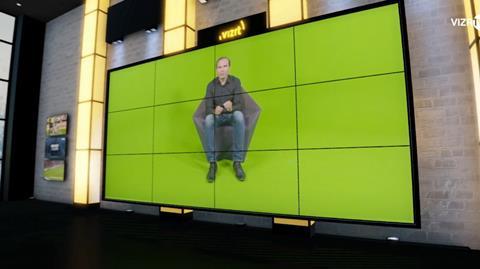