Trainees: a risk worth taking 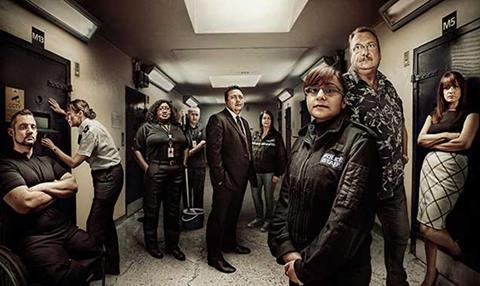 Channel 4 series 24 Hours in A&E is the most important show we make at The Garden. Given that its success depends upon high production values, it might come as a surprise to learn that for the last two years, trainees have been cutting films. They work as part of an editor apprenticeship scheme that has turned out to be one of the best investments we have made.

Of an initial batch of six trainees, five are already working on high profile series. Chris Nicholls and Sam Bergson, for example, have been cutting films for our new C4 series, 24 Hours In Police Custody. They’re doing a great job.

We now have four more trainees working on the latest series of A&E and we hope they will be cutting their first films by the end of the year.

It all started with film editor Rupert Houseman, who had been trying for some time to get assistant editors back into documentaries, fed up with the lack of industry training: “There are no nursery slopes, where will the next generation come from?”. All true, but to be honest, at that time, not my problem.

My own challenge was to find enough good editors to cut 14 episodes of my series from hours of fixed-rig and ob doc footage. Rupert had a plan and I said that I was in - if he could find more editors as good as him willing to go along with it. He recruited Tom Dixon Spain and Sam Santana and the scheme was born, as much from desperation as a desire to do the right thing.

The first sign that we might be on to something special was the response of potential trainees. There is an amazing pool of talent out there – people desperate for a chance to prove they can cut, yet who struggle to spend time in an edit. We took on six, but could easily have taken more. Rupert, Tom and Sam made a huge commitment, each cutting two films while teaching two of the assistants at the same time.

We couldn’t have asked for a better team but it was still a huge risk. Would the assistants help us to cut films more quickly or would we get behind schedule and over budget? Could the editors teach and cut at he same time? What would Channel 4 say if the films weren’t that great?

Luckily, C4 was very supportive, with a little money and a lot of faith from Madonna Benjamin, especially when things didn’t quite go to plan, which, it’s fair to say, was not always.

At first, none of the assistants seemed to be learning anything and none of the editors seemed to be cutting very much either. Then Audi, one of the trainees, was cutting her first film, which also happened to be the first cut C4 saw. We all thought it was going well but Audi received more than 12 pages of notes. With support from the senior editors and after putting in a huge amount of work herself, the film was signed off at the next viewing.

That turnaround explains another two reasons why the scheme works: the quality of the teachers and the commitment of the students. Sam Santana is working on the scheme for the third time and he is an inspiring man: a brilliant editor, generous with his time and experience and fucking terrifying when he needs to be.

I started off agreeing to the scheme partly out of desperation, but I now believe in it completely. Committing to training creates a good feeling throughout the production, The Garden benefits from brilliant work from editors and apprentices who learn more quickly than anyone would have guessed and repay the commitment we made in hard work, enthusiasm and skill.