“Properly creepy.” Read on for the full verdict on last night’s TV. 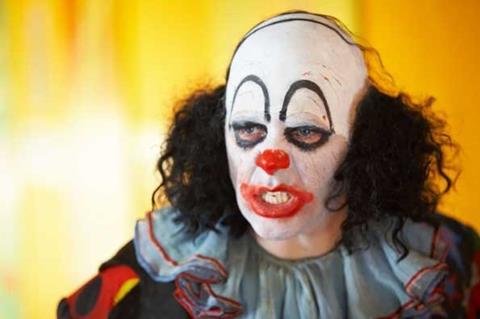 Psychoville, BBC2
“This week was a particularly dark episode, properly creepy.”
A Jarvis, The Independent

Gerry’s Big Decision, C4
“It is, blatantly, a mass pile-up of The Secret Millionaire, Dragon’s Den and Ramsay’s Kitchen Nightmares. TV isn’t so much eating itself these days, as grabbing leftovers from the table and reheating them, hoping no-one will notice.”
Andrew Eaton, The Scotsman

The Best Job in the World, BBC1
“That’s the problem with this show: unless you’ve had your head in the sand for the past month or so, you already know who wins. Which means it doesn’t work as television.”
Sam Wollaston, The Guardian

Can I Get High Legally?, BBC3
“He [George Lamb] takes his time about it though - faffs about talking to other people who do them [legal drugs], when obviously what he should be doing is trying them himself. Come on, it’s legal - get involved. Eventually he does, but not before having a thorough medical and psychological check-up by a Harley Street doctor (also handsome - this is BBC3), who will then hold his hand during the drug-taking. Jesus, Georgie, you’re just having a couple of puffs of makey-uppy cannabis, not going to the bloody moon.”
Sam Wollaston, The Guardian