“A fascinating mirror reflecting past attitudes.” Read on for the verdict on last night’s TV. 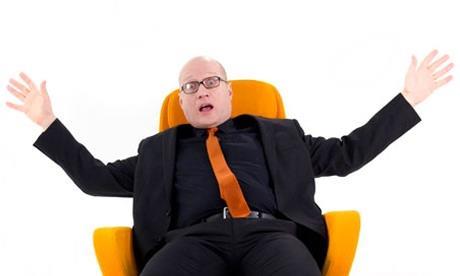 “The clips from the 1940s onwards were entertainment enough for anyone with an interest in either film or history. And there was a serious, underlying point to the programme that was sensibly left understated.”
John Crace, The Guardian

“It was hard to know if the doc was designed to terrify the bejesus out of you, or give you a right laugh….a reminder of the brilliant film-making the COI was responsible for…It was also a fascinating mirror reflecting past attitudes.”
Alex Hardy, The Times

“I’m not sure how empty of diversion your life would have to be to make you watch [it] all the way through, but if you’d stumbled on Ade Edmondson’s history of public information films while channel hopping I think you’d have stuck around for at least one channel break.”
Tom Sutcliffe, The Independent

“The style of the programme – post-produced diary in which Jazz narrated in the present tense – felt a little artificial and the script was over-reliant on headline clichés of adversity…The film had its lows…but they were outnumbered by the highs. I expect this isn’t the last we’ve seen of Jazz.”
Tom Sutcliffe, The Independent