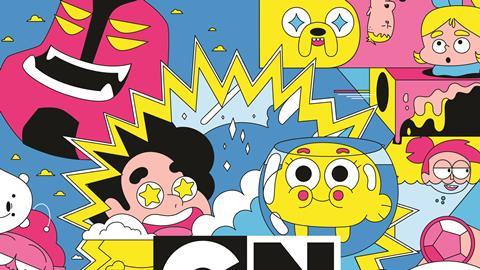 ‘The channel feels like the future, in a really positive way, which is entirely appropriate, because it is for kids’

Bravery is a quality more than one judge ascribed to Cartoon Network, with another saying it has “more PSB messages than PSB channels”.

Another judge said the channel isn’t afraid to push diversity in the truest and riskiest ways, such as same-sex relationships and alternative families. “The channel feels like the future, in a really positive way, which is entirely appropriate, because it is for kids.”

Its YouTube channels has also enjoyed strong growth, with 377 million local views, a 72% increase on the same period last year. The channel extended its social reach with the launch of PopJam, a social networking app for seven to 12 year-olds.

Always keen to create meaningful partnerships, Cartoon Network collaborated with ChildLine for its anti-bullying week in November and recently joined forces with Nintendo to celebrate the release of the Animal Crossing New Horizons game for Nintendo Switch.

One judge was impressed by the way the channel combined incredible entertainment with great values. Another said: “It is miles ahead of the pack.”