COMMENT: Why the Super League needed a TV partner

Lots has been written over the last 10 days about the failed European Super League and there’s clearly plenty of learnings for the wider sports, business and broadcast industries in how things unfolded.

Surely one of the key take outs has to be that in this modern world it’s crucial to put TV and its audiences at the heart of any expansion plans.

At Whisper we have delivered some of the world’s biggest sporting moments to viewers across the globe and our first thought is always the fans. We have a saying ‘Live the Audience’; whether it’s the Rugby World Cup, a big Formula 1 race or top-class international cricket, our audience reaction is what motivates every part of our production plan.

Without the fans, the games and our coverage is meaningless – finding that connection and helping fans to own the moment is the key to success across the board.

The Premier League and Sky understood this when launching in 1992, UEFA similarly when rebranding the European Cup to the Champions League around the same time. Not integrating TV as part of the ESL proposals surely goes down as one of the biggest own goals.

If one of the big broadcast players had been in those discussions, I’m certain they would have been more in tune with football fans across the country and sounded the alarm bells earlier. They would have insisted on more discussions with fans and viewers, along with developing a strong TV proposition to go with the concept.

Our best partnerships at Whisper are those where the federation, broadcaster and production partner are truly aligned and work together to make it happen. A great example of this is the NFL, where over the last six years audiences have grown from low six figures to over a million regularly tuning into The NFL Show on BBC1.

Who would have said in 2015 that an American Football show would have an award-winning presentation team and be declared the best sports programme across the UK by a panel of sports journalists? This occurred through the NFL, BBC and Whisper working closely together at every step, forming a cross-platform strategy to deliver ambitious, creative content and making a conscious effort to appeal to new fans with a fun and inclusive tone. A partnership at every level, with fans at the heart of every decision.

Given the ultimate funding and business model of the ESL was based on TV revenue, it seems staggering that a similar three-way partnership wasn’t considered. Or perhaps it was and the more savvy broadcast partner was waiting in the wings to see how the idea was received.

So, what will be the impact on this for the wider sports broadcasting industry? UEFA’s position is undoubtedly strengthened, which is good news for Whisper and a number of other UK indies who have ongoing partnerships with them.

More widely, perhaps this will accelerate the direct-to-consumer offer, with a number of federations and broadcasters bolstering their OTT infrastructure.

Another successful Whisper partnership has been with the FA, working closely together to launch the FA Player in 2019 to enhance the offer to fans across the world of the Barclays Women’s Super League – a Super League that is very much here to stay! Here, the women’s game was the innovator and has provided the FA with a tested platform if they wish to change their model in the future.

The lesson in all of this is together we are stronger; together we can make it happen. Having the key rights, broadcast and production stakeholders involved in major sports business decisions is crucial and then working collaboratively at every stage to deliver.

It’s the mantra that has worked for Whisper and while I’m not saying it would have rescued the ESL, perhaps it might have killed it at an earlier stage and saved some of the embarrassment and long-term ramifications for the clubs and their relationship with the fans. 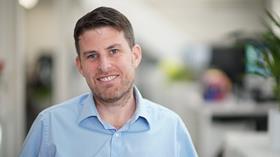