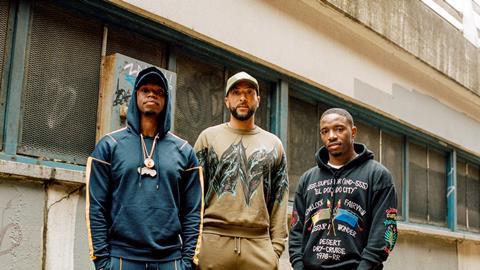 The Rap Game introduced fresh presenting talent in rappers DJ Target, Krept and Konan, who pitted seven MCs against each other to become the first to sign to Play Dirty Records. The six-part BBC3 series peaked with 3 million and was viewed on BBC1 linear TX by a further 3 million.

Due to its ratings success and warm reception from the press, The Rap Game has already been recommissioned, with spin-off shows in the works. The word “authentic” repeatedly pops up in the judges’ feedback, with one adding that it was “incredibly well produced, very stylistic and felt like a hybrid between documentary and entertainment”.

Giving a voice to a marginalised group was a key ambition of the show and 90% of on-screen talent and 60% of the production team came from a BAME background. A record number of young, male, BAME people were attracted to The Rap Game, a historically difficult audience for the BBC to capture.

Pulling away from traditional music programmes, The Rap Game dropped the cold-hearted eliminations and focused on original lyrics and producing, rather than covers. BBC3 called the show “reputation defining” and one judge agreed, saying it was BBC3 “at its best and the direction it should be going as a channel”.

Eating with my Ex, Thames TV/Shotglass Media for BBC3