Lawyer backs workers’ claims that they are eligible for support 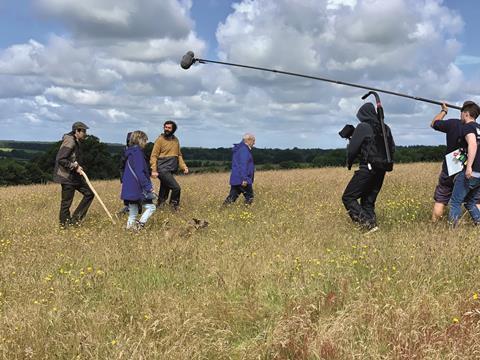 With the government’s furlough scheme closing to new entrants tomorrow, a leading employment lawyer has backed freelancers that the BBC has refused to furlough, telling the corporation and government that they are wrong.

The BBC stands by its claim that it received government advice stating that it cannot use the Job Retention Scheme (JRS) for PAYE freelancers who are paid via public service funds.

“The BBC has set out the position on this several times,” said a spokesman.

“We are hugely sympathetic, and have taken direct action to support this group including honouring cancelled work until the end of May and setting up a hardship fund.”

But a report from Andrew Allen QC suggested the BBC’s position is incorrect, and that the furlough scheme is only ineligible to those public sector workers who “could provide essential public services or contribute to the response to the coronavirus outbreak”.

Allen said: “Given the necessary reduction in programme production as a result of the pandemic, the work done by the workers involved in this case could not continue.

“These workers fall squarely within the category of worker who can be furloughed, both in the letter and the spirit of the guidance.”

A group of around 200 BBC freelancers has been repeatedly lobbying both the government and the corporation to reconsider the measure.

“These workers fall squarely within the category of worker who can be furloughed, both in the letter and the spirit of the guidance.”
Andrew Allen QC

They wrote to chancellor Rishi Sunak earlier this week, stating: “At the start of the Covid-19 crisis, you vowed to do ‘whatever it takes’ to support people, while you even claimed that those who had been left ‘frustrated’ by your emergency support measures ‘were not and have not been forgotten’.

Along with other broadcasters and Pact, the BBC submitted a proposal to HMRC to alter the rules on this issue, calling for HMRC to advance the SEISS so that PAYE and tax records can be used to establish eligibility.

However, Broadcast understands this proposal is now extremely unlikely to be taken on.

Bectu head Phillipa Childs said the union has written to Tony Hall “seeking clarity about this decision and we continue to raise the inequities in the JRS with the government”.

Speaking to Broadcast last week, Childs said she had been “shocked” by the lack of understanding shown by the Treasury regarding working practices in the sector.

With the furlough scheme closes to new entrants tomorrow, it is unlikely at this late stage that the thousands of freelancers who are missing out on support will become eligible – they will instead have to rely on Universal Credit or other forms of help.

When Sunak announced the schemes, he said that 5% of the freelance community would likely miss out, but the reality in the TV industry appears to have been much higher.

Speaking during a DCMS Committee session earlier today, Labour shadow culture minister Kevin Brennan said the government may be reluctant to reveal the figure for the creative sectors as that would “undermine the universality of the scheme”.

He said to culture minster Caroline Dinenage: “You’ve said you’re not prepared to stand by and watch the workforce disappear, so a little transparency here would help the committee in its work.”