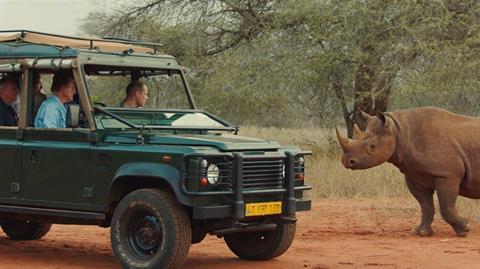 Prince William: A Planet for Us All

Specialist factual firm Oxford Films will hand freelancers up to 50% of their show’s production fee and back-end sales as part of a “third way” approach to programming rights.

Formally launching in March, the equal partnership proposition will hand freelancers full use of the Prince William: A Planet for Us All’s back-office, along with up to 50% cut.

Kent’s team were inspired by the production sector’s collaboration and resilience during the pandemic, while acknowledging that freelancers are often forced to either set up their own indie or work for someone else to get an idea off the ground.

“Setting up an independent production company is high risk,” he added.

“There are big costs involved and you lay yourself open to exposure with the new filming requirements, getting carbon certification and achieving diverse production, so partnering with us is another option.”

Oxford will be selective about the people and projects it takes on and has a wider ambition to “create a sustainable creative community”.

“We really want to maximise our specialist skills and open up opportunities to new talent, rather than branch out,” explained Kent.

Focused on documentary and specialist factual, Oxford Films has been behind Channel 4’s Tories at War, BBC2 film Inside the Vatican and ITV’s Anne: The Princess Royal at 70, which was produced under lockdown conditions.

Kent touted the outfit’s Covid filming expertise as a reason for freelancers to partner with it.

“We’ve basically adopted the kinds of health and safety protocols for Covid filming as we are using for war-zone filming,” he said.