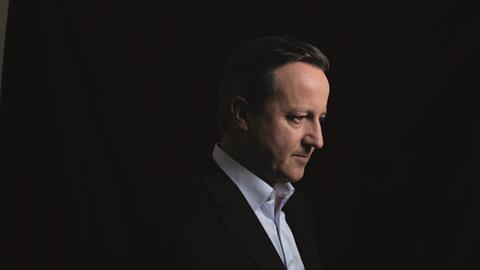 Acclaimed film-maker Denys Blakeway believes it is a “crying shame” that major politicians are habitually ducking TV news interviews and said that documentaries are an important way of holding them to account.

Blakeway, who has profiled four former prime ministers – including David Cameron in this week’s BBC1 two-parter The Cameron Years – was speaking a few weeks after Channel 4 news chief Dorothy Byrne’s MacTaggart Lecture, in which she branded Boris Johnson and Jeremy Corbyn “cowards” for refusing to appear on traditional TV news programmes.

The film-maker said politicians remain “deeply committed” to contributing to long-form docs, and that he would ideally turn his work around more rapidly in order to provide more contemporary scrutiny of politicians.

He told Broadcast: “What I’ve found is that politicians speak brilliantly and are determined to be taken seriously, but also have an eye on their reputations. “If you are informed in your questioning then they are deeply committed, and want to put their best side forward.”

He said prime minister Johnson was twice on the verge of contributing to his new doc but pulled out on both occasions. However, “Boris was not a big player in the Cameron government so although I regret him not being there, it wasn’t a catastrophic problem.”

Both George Osborne and Michael Gove feature in the series, which launches at 9pm on 19 September.

The doc was produced by Blakeway’s Menace Productions and kicks off with the story of the EU referendum that brought about Cameron’s downfall, before going back in time in episode two to his coalition partnership with the Liberal Democrats.

Blakeway interviewed Cameron around eight times, for a minimum of two hours each session, with some stretching to four. These exchanges take centre stage in the films.

The film-maker became fixated on whether Cameron felt “either remorse or regret” for making the decision that led to Britain’s decision to leave the EU, which caused the political strife in which the country finds itself embroiled.

“This stuck in my mind a lot and I pressed him [Cameron] on it again and again,” he said. “Remorse implies feelings of conscience, while regret is less strong. Cameron came down strongly on the side of regret – it was a conscious decision that he felt and thought about very deeply.”

Blakeway described Cameron as the most “robust figure” of the four former prime ministers he has profiled, the other three being Ted Heath, Margaret Thatcher and John Major.

“Margaret was undergoing her own psychodrama and was intensely, personally hurt; Ted was a tortured, strange individual; while John found the process gruelling and difficult,” he said, adding that he is keen to make Cameron’s successor Theresa May his fifth profile.

Blakeway also hailed the BBC’s reams of archive footage, which enabled him not to use a voiceover for the first time in his quartet of films on former PMs.

“The archive is so rich and beautifully cut that it comes alive in the cutting room,” he added.

At a screening of The Cameron Years, BBC head of current affairs Joanna Carr said the corporation has changed its approach to some political programming, commissioning shows that give a behind-the- scenes feel.

“We’re telling the inside story,” added Carr. “Audiences uniformly enjoy what we are trying to achieve by moving the camera 45 degrees and letting them peek behind the scenes.”